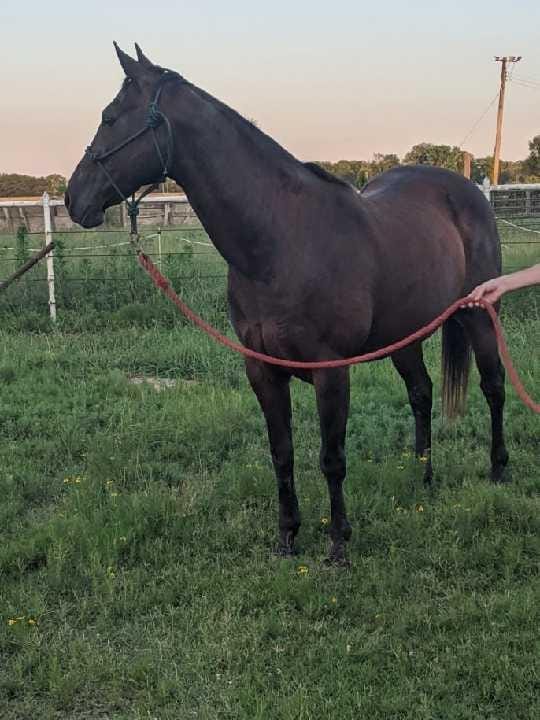 A juvenile and adult were arrested in connection to a horse thief last week in Dallas County.

According to Dallas County District Attorney Michael Jackson, a 17-year-old juvenile is charged with second-degree theft-of-property and aggravated animal cruelty.

The teenage suspect broke onto the property of Vicky Stoudenmire and stole the horse on January 12 and found dead three days later with a compound break above his hock lying in water at the corner of Hwy 22 and county Rd 219.

“It is very shocking and the pain caused to him was terrible,” Stoudenmire said.

Because the suspect is a minor, his identity can not be revealed.

Jackson said they broke the horse’s leg riding him and let him drown.

According to Jackson, the teen called 23 year old Terrius Smith of Selma for help — when the horse’s condition got worse. The two suspects took the horse to a secluded road  and dumped the animal into a small floodplain.

Smith is also charged with aggravated animal cruelty and in the Dallas County Jail on a $15,000 bond.

“Yankey was a winner and not just of my heart,” Stoudenmire said. “He won over $40,000 in prize money at Meadowlands as a trotter. He is the son of a top Standardbred sire Conway Hall and the grandson on his dam’s side of the Great Donerail. On top of that, he was the sweetest and most willing horse I have had the pleasure to know.”

“Mike Grantham was amazing, these guys wouldn’t have been caught without him,” Stoudenmire said.

“They also wouldn’t have been caught without everyone’s support! Thank you to everyone who came forward with information, donated reward money, and gave encouraging words,” Stoudenmire said.