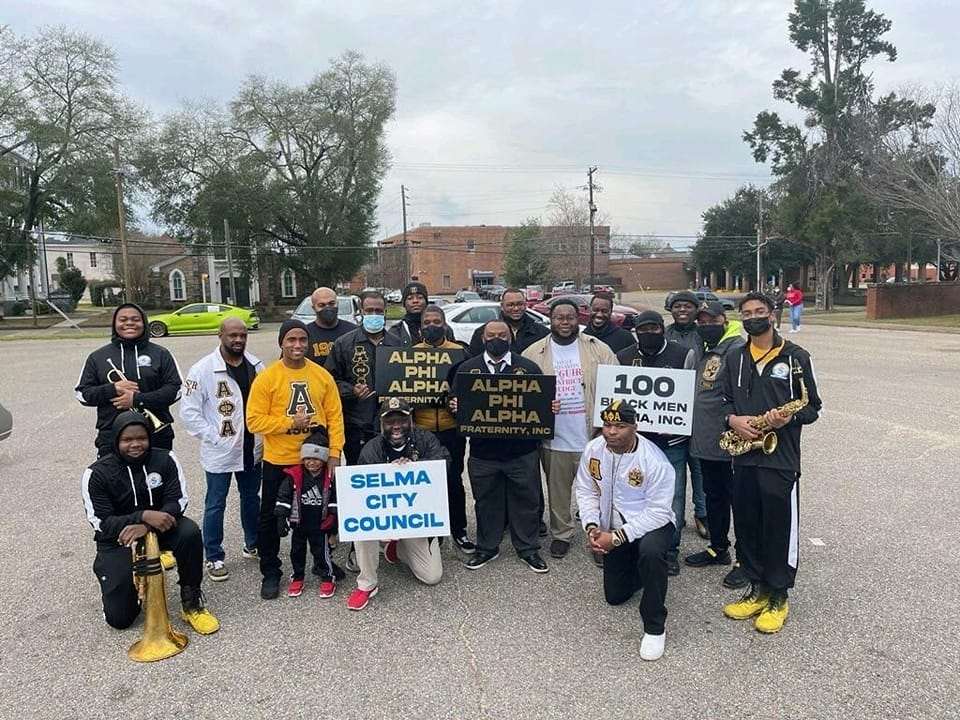 The parade began at School of Discovery and finished at Riverfront Park.

Delta Pi Lambda Chapter  Vice President and Parade Chairman Donovan McGuire said he was pleased with the turnout. “The parade was simply amazing, we had representation from all areas of Dallas County,” McGuire said.

“We would to thank Mayor Louvenia Lumpkin for serving as our Grand Marshal. Also, we would like to thank everyone that participated in this demonstration of Unity.

“In the words of Brother Dr. Martin Luther King JR., we must learn to live together as brothers and sisters or perish as fools. We are pleased to know that we are unified,” McGuire said.

“As a young person growing up in Selma I remember all of the activities and in particular the MLK Day marches. I am so grateful that this year there was a return in acknowledging a great man that challenged and improved the entire world.”

Young also was thrilled with the participation.

“The MLK Day Parade was an important event for our community and reminded us of a man that did not solve problems with divisive speech but unified us in peace and equality,” Young said. “Thank you to everyone that participated and made this Parade a huge success.”