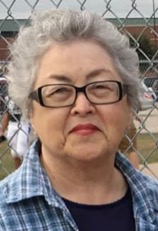 Mamie “Sue” Jones Hamilton of Katy, Texas passed away peacefully, surrounded by family on December 21, 2021. She was predeceased by her parents, Hurstle and Annie Judson Jones and sister, Annie Lou Sheffield.

Sue graduated from Albert G Parrish High School in 1956. She was most proud of earning her BA degree in 1992 after having attended ten colleges during 36 1/2 years. She worked in the legal field for over twenty years and retired from Conoco Phillips in 1993.

A private graveside service is planned in Selma, Alabama where Sue will be laid to rest alongside her parents.