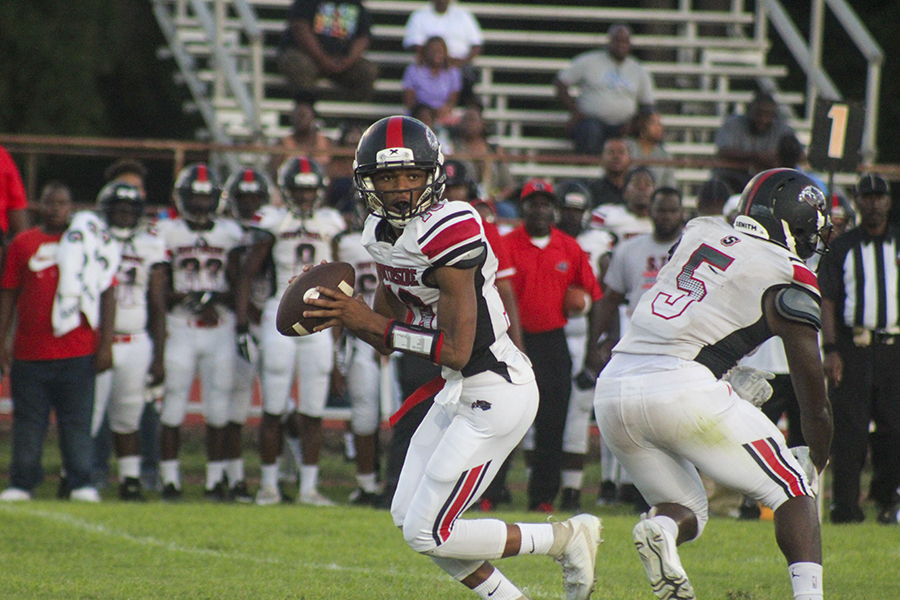 Chris Thomas said a key to his success on the football field in 2021 was just good old-fashioned hard work.

“It paid off,” Thomas said, looking back. “Every day, coming in, working hard, in the game, it showed.”

And Thomas has the results to prove it. The senior quarterback rushed for 1,100 yards and 10 touchdowns and also passed for 4,400 yards and 26 TDs while leading Southside to a 9-2 record, second-place region showing and Class 3A playoff berth.

And now he can add another accomplishment to his list. The 5-foot-9, 170-pounder has been selected The Selma Times-Journal’s football player of the year.

“I am ecstatic about it,” Moody said. “He deserves it. He put in the work, which allowed us to have the success we had.”

Moody said it wasn’t just athletic ability that made Thomas a standout. The coach said Thomas has “all the intangibles.”

Moody said his QB was mechanically sound, and his leadership ability, his ability to galvanize his teammates, was strong. Plus, Thomas was able to articulate what Moody wanted done on the field, the coach said.

Thomas also started at cornerback for the Panthers and drew praise for his work at that spot.

“He was very instinctive,” Moody said. “He has good ball skills. He had six interceptions. … I think he would use his quarterback’s instinctiveness on that side of the ball to sense what the other quarterback was going to do.”

Southside outscored its opponents 438-209 this fall, and Thomas said he’ll remember the games his team won by impressive margins. He said he’ll remember avenging some losses from previous years, and the wins over county foes Selma, Dallas County and Keith.

Thomas also praised his teammates, saying Southside had strong contributors at practically all levels, from receiver to running back to the DBs, linebackers and both lines.

“We had weapons,” he said. “You couldn’t really stop us unless we stopped ourselves.”

Thomas is the All-Dallas County quarterback for the second straight year and made the ASWA All-State Team.