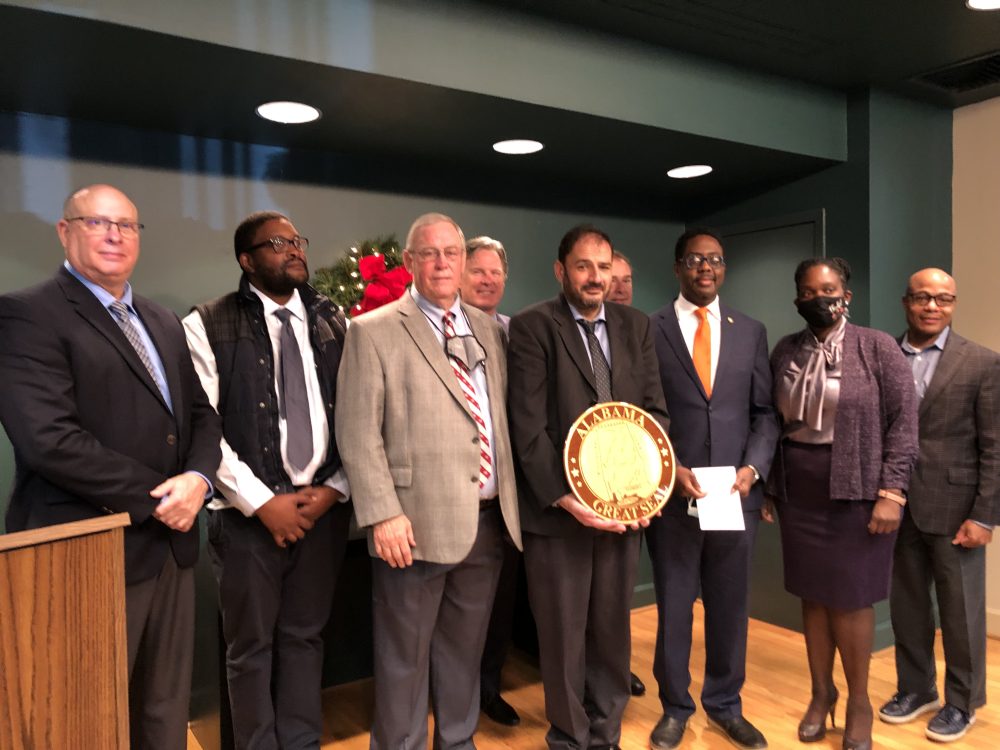 Globe Metallurgical, Inc. announced Wednesday during a press conference at the Selma-Dallas County Library the reopening of its silicon metal facility on the Old Montgomery Highway.

At full production, the facility will employ around 100 people in the region and do business with 150 local suppliers. The two-furnace operation can produce up to 22,000 tons of silicon metal a year. The plant plans to restart the first furnace in January, soon followed by a complete ramp-up to full operational capacity.

“The restart of the Selma facility has been a part of our multi-year strategy,” said Ferroglobe CEO Marco Levi. “We thank the many government officials who supported this effort and look forward to welcoming back the workforce.”

Globe Metallurgical, Inc. is a subsidiary of Ferroglobe PLC. Ferroglobe is one of the world’s leading suppliers of silicon metal, silicon and manganes-based speciality alloys and ferroalloys, serving a customer base across the globe in dynamic and fast-growing end markets, such as solar, automotive, consumer products, construction, and energy. The Company is based in London.

The company worked successfully with local and state officials to secure incentives to aid in reopening the facility, including a 10-year, $5.7 million tax abatement that was approved recently by the Dallas County Commission.

An allocation from the New Markets Tax Credit Program is also being pursued, that will make the plant more efficient and competitive in the global market.

“This has been a cooperative effort by The EDA, State of Alabama, Dallas County Commission, and City of Selma which includes Veronica Crock, Kelly Graham, Judge Jimmy Nunn, Mayor James Perkins Jr., and me,” Vardaman said.

Nunn said the reopening will improve businesses in Selma and Dallas County.

“The gas stations and grocery stores will benefit from the reopening of Globe Metallurgical, you’re talking about jobs for 100 people and feeding their families,” Nunn said. “This is huge for Selma and Dallas County.”