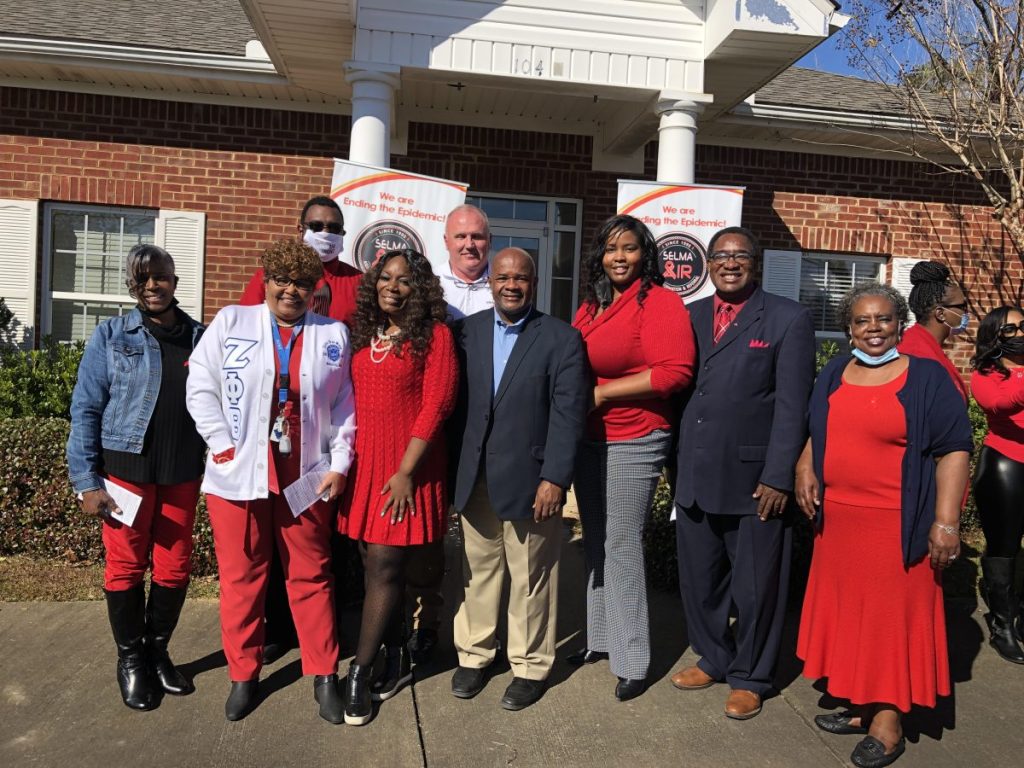 Under bright blue skies and bright sun on a mild day, Selma AIR released red and white balloons for the 26th straight year.

Lydia Chatmon, prevention specialists and public relations coordinator with Selma AIR, said there’s plenty of work to get done. She pointed out the high number of people with AIDS/HIV in the state and country.

“We can not view December 1st as just another day,” Chatmon said. “We have made advances in HIV, but we have yet to scratch the surface.”

Dallas County Sheriff Mike Granthum spoke at the event and praised the organization for always fighting HIV and AIDs,

“The staff at SELMA AIR is unbelievable,” Granthum said. “They take time out of their busy schedules to educate us about HIV and AIDS.”

Selma AIR/BBWC Managing Director Larry Cowan said he appreciates the organization for standing beside him. Cowan has been HIV positive since 2009.  Cowan spoke passionately about how much SELMA AIR and BBWC means to him.

“Anybody can make a bad decision, but SELMA AIR stood by me,” Cowan said.

LaTanglia Williams, a Selma AIR employee and World AIDS day event chairman, said everyone’s in the fight together to end the HIV/AIDS epidemic.

Linda Lowery, one of the SELMA AIR founders and member of Zeta Phi Beta Sorority, Inc. in Dallas County, praised the organization for continuing to make an impact in the area.