Clara was born on August 12, 1924 in Phenix City, , the daughter of the late Neal and Clara Gates. Clara grew up in Phenix City and was a faithful member of the Lutheran Church there. She graduated from Central High School where she lettered in basketball. She also graduated from the University of Alabama where she met her first husband Charles Herman Glass. They were married and lived in Dothan for a short time, and then settled in Selma. They were members of the Lutheran church in Selma and later joined First Presbyterian Church. After Charles passed away, she married Arthur Ludwig Olson in 1994.

Clara and Charles raised 4 children and taught art in the Selma City schools for 20 years. She was a very gifted artist, active in the art guild, and her paintings have been shared with many friends and family and will continue to be a source of enjoyment. She was a loving wife, mother, grandmother, and friend. She was a member of the Selma Art Guild. She enjoyed playing bridge, painting, and traveling. She was the heart of her family and had many wonderful friends and neighbors who she loved so much. She considered her life in Selma to be very blessed with many wonderful friends and family. She is preceded in death by her first husband Charles Herman Glass, second husband Arthur Ludwig Olson, son Charles David Glass, sisters Olga Brandt, Anna Gates, Dorothy Gleed.One of Clara’s favorite joys was her family. The grandchildren called her “Bama” since she was a Bama graduate and fan. She graciously hosted large family get-togethers for holidays. Clara is survived by  daughters Brenda Glass Lewis (Larry), Carol Glass Clements (Kevin), Donna Glass Bates (Mickey) and stepchildren Patty Olson Dart (Tom) and James Arthur Olson.; grandchildren Elizabeth Zeigler Taylor (Clay), April Zeigler Doggett (Matthew), Reed Zeigler, Bryan Glass, Jordan Glass, Garrett Glass, Laura Bates, Phillip Bates (Lucy); step-grandchildren, Suzanne Dart Booth (Scott), Allison Elizabeth Dart, Brian James Olson, and Sarah States Olson; great grandchildren; Nace , Reed, Josh, Jack, Grayson, and Jordan. A graveside service will be held at New Live Oak Cemetery in Selma at 1:30 PM on Saturday December 4, with Rev. Steve Burton officiating and Lawrence Brown-Service Funeral Home directing. The funeral service will be live streamed via the funeral home’s Facebook page, at http://www.WatchLawrence.live . In lieu of flowers, the family requests that memorial donations be made to Cornerstone Presbyterian Church (301 Broad St. Selma, AL 36701 or Cedar Hill Assisted Living (1300 Old Orrville Rd., Selma, AL). 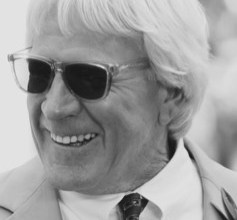 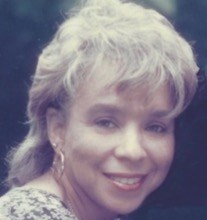