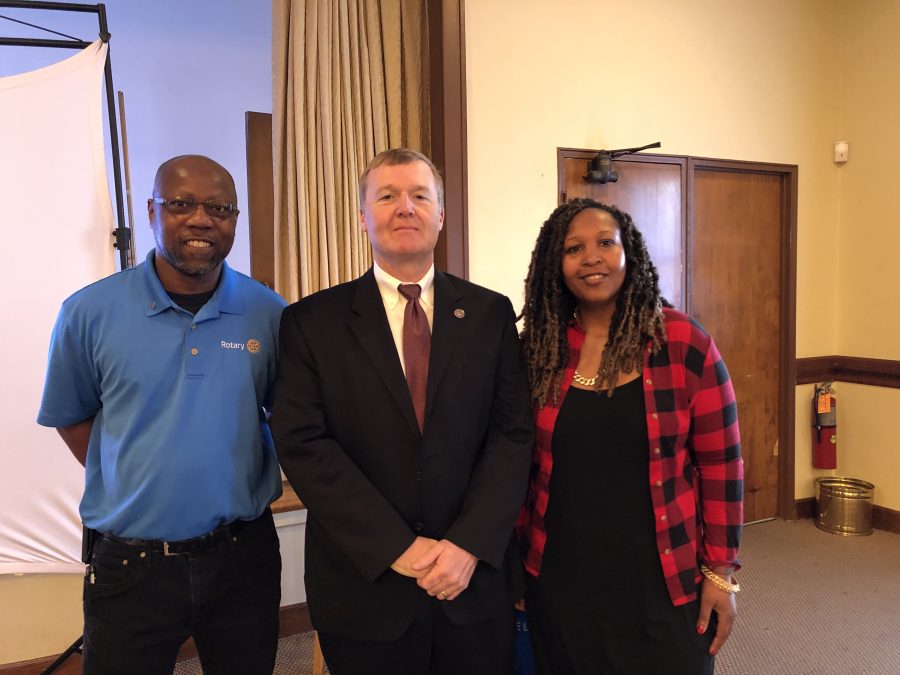 Assistant U.S. Attorney Andrew Arrington was the guest speaker at the Selma Rotary Club on Monday.

Arrington was sworn into office in February by Chief U.S. District Judge Kristi K. DuBose in Mobile. It’s the first time that the U.S. Department of Justice created a U.S. Attorney’s office in Selma.

The move was a perfect fit for Arrington, a Selma resident since 1999.  He serves Dallas, Hale, Perry, Wilcox and Marengo Counties in that role.

“I’m fortunate to live in my hometown,” Arrington said. “It’s a really big deal to have a fully-staffed office in Selma. The Southern District in Mobile recognized that this area has been underserved. They invested in Selma.”

Arrington has an impressive portfolio, especially in the Queen City. Arrington began his prosecutorial career under then-Fourth Judicial District Attorney Ed Greene and remained on staff when Michael Jackson was elected in 2004.

During that time, Arrington served as project director of the Drug Task Force until taking a position with the Alabama Attorney General’s office in 2007, serving the role until last November. Arrington acknowledges that Selma has a crime problem. The Queen City has  20 murders in 2021.

“We have an issue with crime in Selma,” Arrington said. “There’s no quick fix. The problem is finding someone to step up and help.”

Arrington said he is invested in creating a safer, thriving community by ridding the district of its most violent criminals.

“We have an ATF agent in Selma and the FBI wants to have three agents in Selma,” Arrington said.

Arrington said he’s lining up training with the DCSO and when the Selma Police Department get their numbers up.