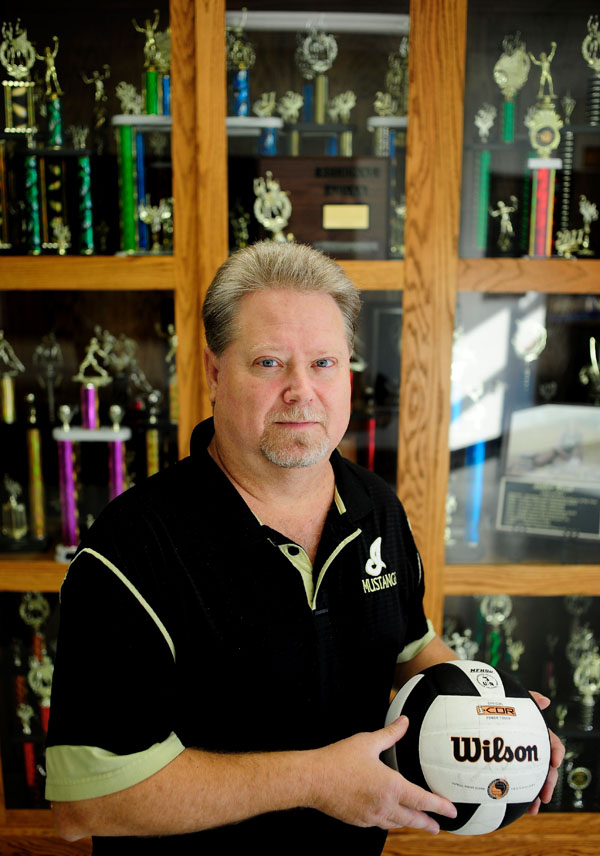 With job opportunities at both Wallace State and Morgan Academy in front of him, Glen Graham had a decision to make prior to the 2021 volleyball season.

So, Graham arranged to meet with the returning players at Morgan Academy.

He wanted to explain his approach to coaching them and see how they would react.

“I promised them three things: we would work really hard, learn how to play the game correctly and have fun doing it,” Graham said.

The Lady Senators reacted positively to that message, Graham said, so he took the job at Morgan. The rest of history.

Graham was selected The Selma Times-Journal’s volleyball coach of the year after leading the Lady Senators to 17-12 record and area championship. Morgan was also runner-up in the AAA West Regionals and advanced to the Elite Eight.

Graham said the Lady Senators followed the plan he laid out in the meeting with the returning starters.

“I think we accomplished all three of those things this season, and winning an area championship was icing the cake,” he said.

Graham wasn’t completely unfamiliar with the team he was taking over, having conducted a two-day camp for the Morgan players the season before.

“What I remembered from the camp was that you had a good group of athletes,” he said. “They had great attitudes and a really good work ethic. I  knew they had not been taught proper technique, and we were going to have to work on proper technique and the small parts of the game, but I knew there was a lot to work with there, a lot of potential.”

Khadijah Craig played for Graham as Isabella High School, coached with him in the past and coached the Morgan JV this fall.

She praised Graham’s “dedication and his love and caring for his players as people before athletes. He tries to teach all his girls the right things for life.

“He makes sure each girl takes something from the program.

“Those girls (at Morgan) were already a very talented group of girls. They just needed somebody who cared enough to help them accomplish what they accomplished this season. They’re all talented kids and had decent skills, they just needed to be taught correctly and motivated and pushed.”