Old iron bridge brought back up in conversation around Queen City 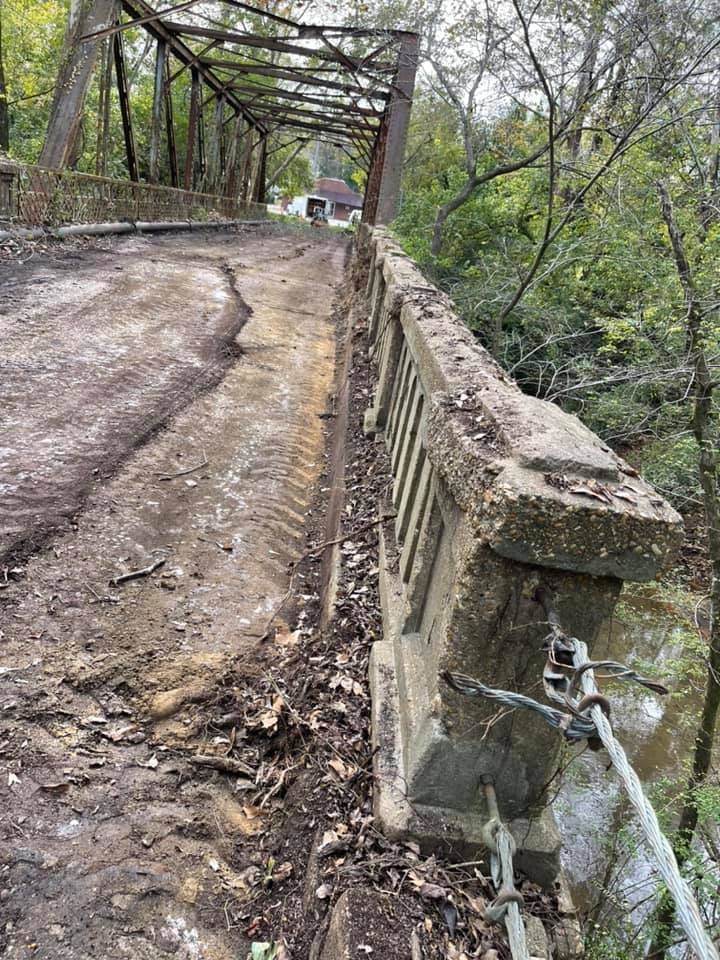 An old iron bridge in Selma has been brought back to conversation over the last several days.

Two volunteer groups recently cleaned up the  old Hatfield Bridge: Hawatha McGhee of #ACLEANSELMA  and Bernard Bennett of BamaBoyz. They discovered the old bridge and decided to clean it up.

Jerry Bennett Hatfield, whose family the bridge is named after, said he was glad to see people cleaning it and cutting back trees.

“I am happy someone finally realized the historical value of this old rusty iron relic which was such a significant part of early Selma,” Hatfield said.  “Some of my childhood memories center around that bridge.

“For the past 40 or so years I have often wondered why this old bridge and location was not preserved since it meant so much to so many, and even the success of early Selma industry.”

For years, the only way to get into West Selma was going across Valley Creek on the Hatfield Bridge.

“Back in the day, if you lived or worked in West Selma, where much of early Selma industry was located, and the heaviest population of residents lived, it was virtually impossible whether you walked or rode to cross Valley Creek going to or from town without navigating this old narrow bridge,” Hatfield said.

“During my childhood days I have no doubt this was the most traveled bridge in Selma, even to surpass the traffic count of the bridge which crosses Valley Creek next to Bloch Park.

The Hatfield Bridge was eventually replaced by the bridge on  Cahaba Road, which Hatfield said didn’t get built until the late 60s or early 70’s. It crosses Valley Creek just below the old Miller Lumber Company.

“For the past 50 or so years this old bridge has sat in eerie silence like ghost from the past letting out an occasional, squeal, creak or groan as the soon be 100 year old rusty iron, settles and gives way toward Valley Creek below,” Hatfield said.

Hatfield, 74, explains why the Bridge was often called Hatfield Bridge more than Valley Creek Bridge. His grandfather, Forrest Hatfield, and father, JB Hatfield, had stores by the bridge.

“The Hatfields date back well over 100 years at that bridge location,” Hatfield said. “I don’t think anyone alive could likely know when it was named the Hatfield bridge. It was called the Hatfield Bridge when I was a child.”