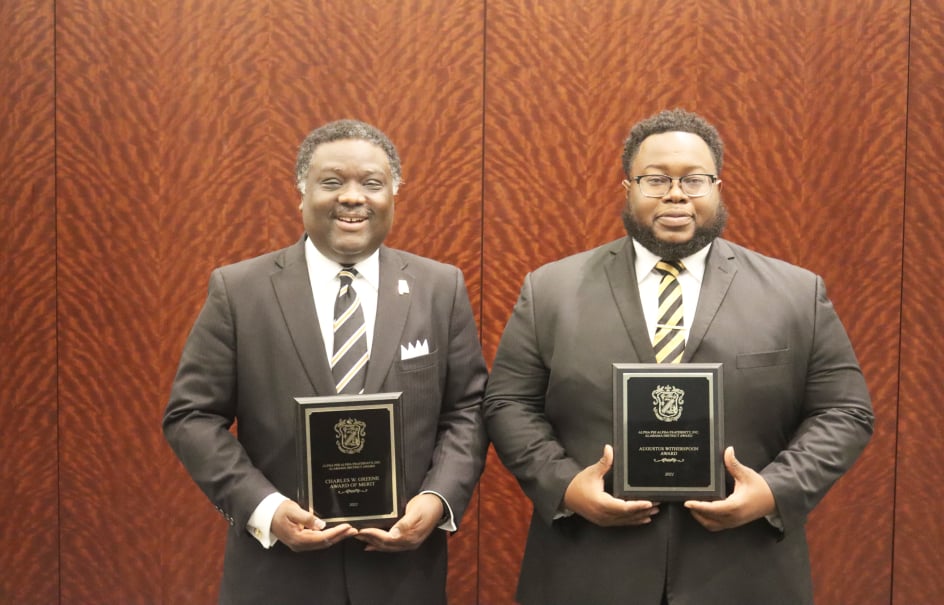 Two members of the Delta Phi Lambda Chapter of Alpha Phi Alpha Fraternity, Inc. were recently honored for their work in the Selma community.

Young, the Selma City Council President, was awarded the Charles Greene Award of Merit. The award is based on at seven consecutive years of documented service and  advocacy by the winner.  Young is also Communication Chaiman for the Delta Phi Lambda Chapter, also known as the Black Belt Alphas.

McGuire won the  Augustus Witherspoon Award for Leadership. The award is based on at least five consecutive years of service and leadership by the winner in his community.

Young said he was thrilled to get honored alongside McGuire.

“Receiving an honor beside my Brother Donovan McGuire made  this year’s conference one of the best ever,” Young said.

McGuire, Delta Pi Lambda Chapter  Vice President, said he was grateful to get the award. McGuire is also a attorney for Legal Services Alabama.

“I really thank God for this esteem honor presented to me by the Alpha Phi Alpha District Conference,” McGuire said.

The Black Belt Alpha’s impact  on the community will be felt on Martin Luther King Day weekend. The Delta Pi Lambda Chapter,  is hosting and sponsoring a MLK City Parade on Saturday, January 15.