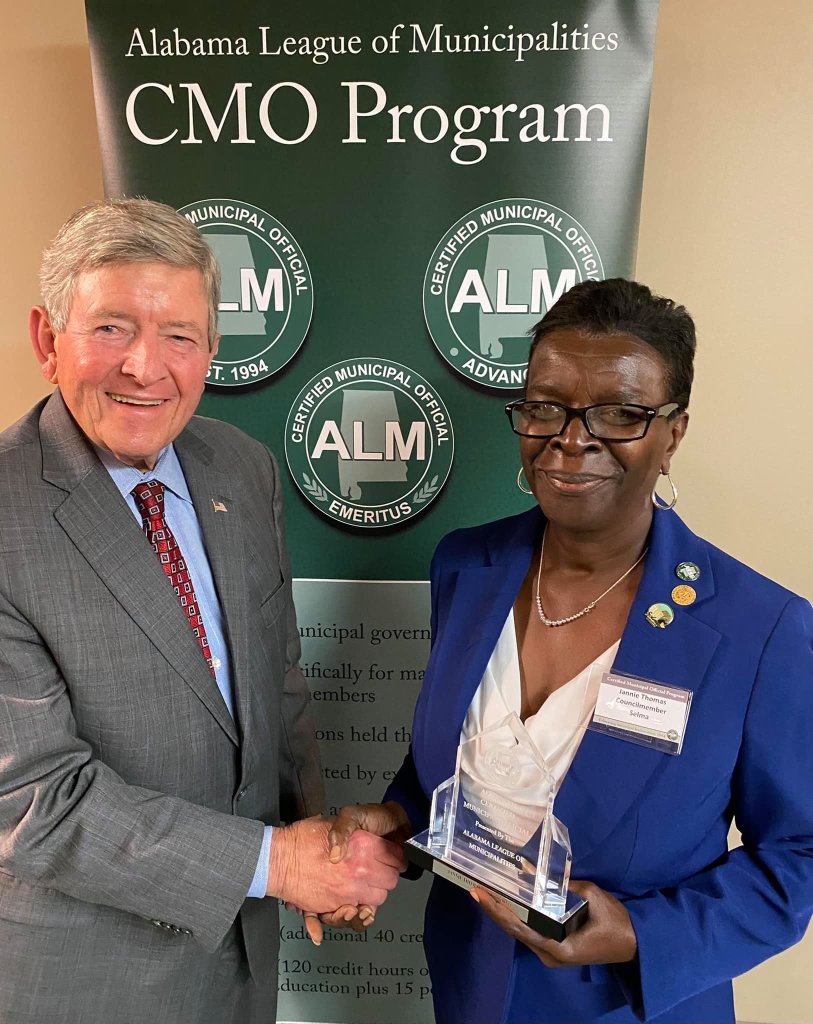 Thomas earned the position by completing 40 credit hours of training that was conducted or endorsed by the ALM. She also completed 40 additional hours to reach the advanced status.

Thomas is a member of the 23rd graduating class of ACMO and honored at a ceremony on November 3.

ALM Executive Director Greg Cochran said the  program, established in 1994, is to create a cycle of training for municipal officials.

“Alabama’s municipalities are the foundation of our state’s economy,” Cochran said. “Vibrant communities depend on knowledgeable, engaged leadership, which is exactly what the CMO program encourages through training on the finer points of  municipal government. Earnin the CMO designation further showcases the commitment of community leaders to better informed, more effective municipal officials.”