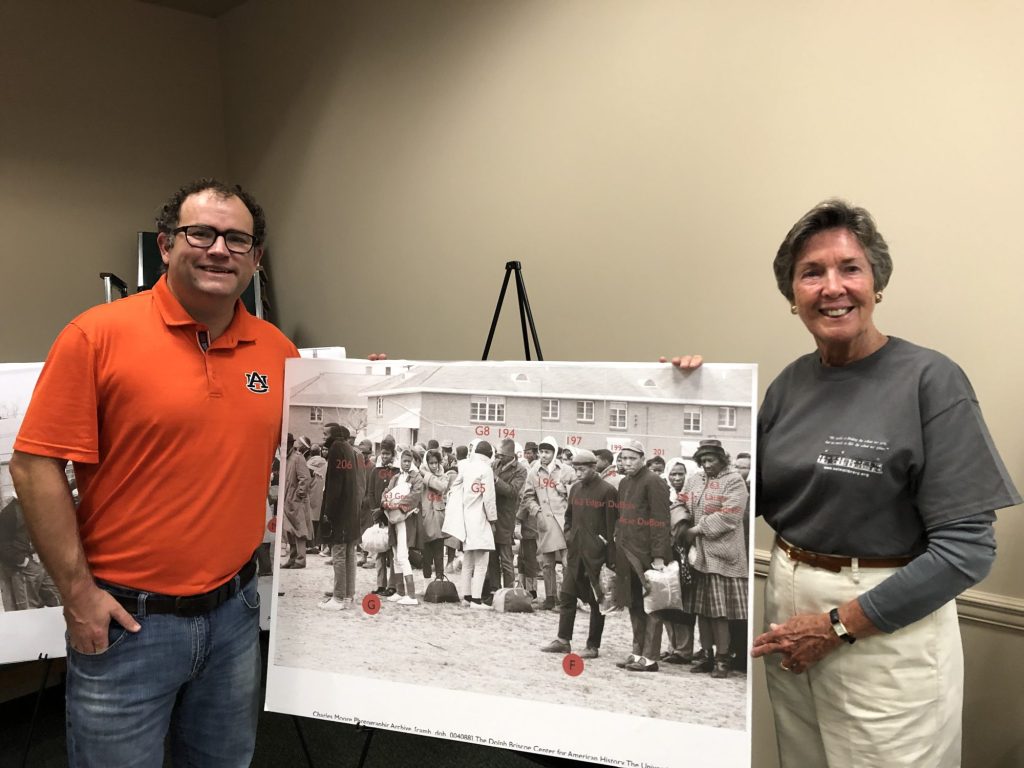 The Selma-Dallas County Public Library and Auburn University teamed up to host a photographic exhibit of Bloody Sunday this week.

The purpose of the event is to identify the unknown foot soldiers of Bloody Sunday on March 7, 1965, which eventually led to the Voting Rights Act of 1965.

Monday through Wednesday, unidentified photos were shown in the library.  Auburn University compiled the photographs.

Selma-Dallas County Library Executive Director Becky Nichols said she was honored to have participated in the exhibit. “We are proud to have been part of this,” Nichols said. “We’re just hoping to get some names with faces. So these folks and their story can be a strong remembrance of who we were.”

Auburn University professors Richard Burt and Keith Hebert teamed up with a group of honors college students.  Auburn gave them $50,000 for the project and they paid over $15,000 to purchase photos from the ALEA. He said countless photos sat in a ALEA office in Montgomery. “It’s important to identify the unknown foot soldiers,” Hebert said. “This is all part of a much larger project which is to preserve the historic sites that are significant to Bloody Sunday.”

“For so long, these men and women who did so much never had their names provided,” Selma City Council President Billy Young said.

At a meeting last month, Bloody Sunday participant JoAnn Bland quickly identified herself and others in photos.

Marion and Montgomery are also mentioned as sites for a future exhibit. Perry County, where its Commission chairman Albert Turner Jr., whose father, Albert Turner Sr., helped organize the march in 1965