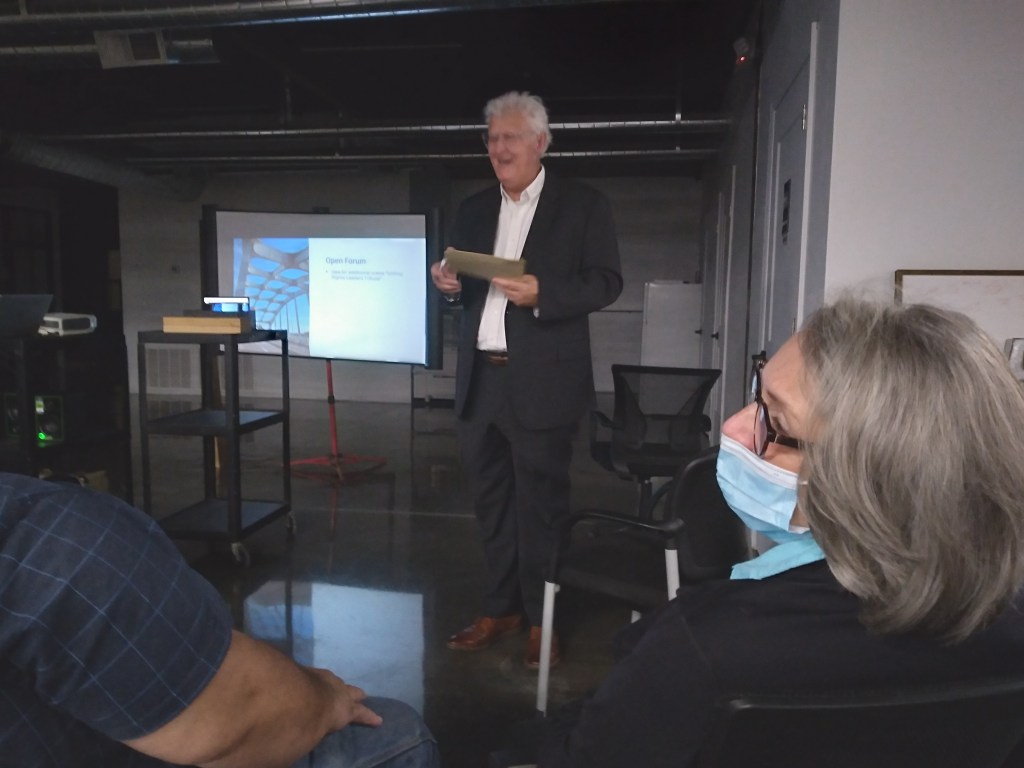 Seven to eight different schemes, including some recognizing historical dates, are being developed as part of plans for lighting the Edmund Pettus Bridge.

Ken Douglas, principal at HLB Lighting, was the featured speaker. His firm is handling the design work on the project.

Douglas said the lighting scenes being developed include some that recognize history and others geared more toward present day.

He said the bridge’s architectural features, including the arch, tiers, secondary tiers and balustrade have played a major role in developing the various scenes.

“This is a historic bridge. We’re looking at this from a very conservative standpoint. This bridge is about a lot very dramatic historic. It’s not the type of environment that’s going to have a lot of twinkle lights, a lot of Vegas lighting,” Douglas said.

Schemes are being developed to recognize Bloody Sunday, Turnaround Tuesday, March Day and Juneteenth. A city of Selma tribute is also being developed, and an American flag scene.

Douglas said on days that are not holidays or don’t mark a historical occasion, the bridge lights will be a static white.

One audience member asked about maintenance and whether a maintenance budget has been developed. Douglas said all the lights are LED, so there are no lightbulbs to change and they should last 18 to 20 years, but they will have to be cleaned.

Project facilitator Michial Lewis said the Alabama Department of Tourism has offered to pay for maintenance of the lights. He said a contractor will be hired to install the lighting system, and plans call for entering into a maintenance contract with the contractor chosen for the installation.

Lewis also reminded attendees the bridge belongs to the state Department of Transportation, which will continue to be responsible for maintenance of the bridge and roadway.

An audience member asked about possibly adding a scene for something like breast cancer awareness. Douglas said nothing like that has been planned at this time. He said planners approached the project focusing on the history surrounding the bridge.

Ainka Jackson, of Selma, asked about adding an additional color.

“One thing that I would have liked, because there are so many divisions we are grappling with, not just in Selma but in this country …. is purple, it is a color of unity,” she said. “A color of unity, something symbolizing unity, could be really important for our city and for the country.”

Douglas said a voting rights leaders tribute scene is being considered, and purple could be incorporated into it.