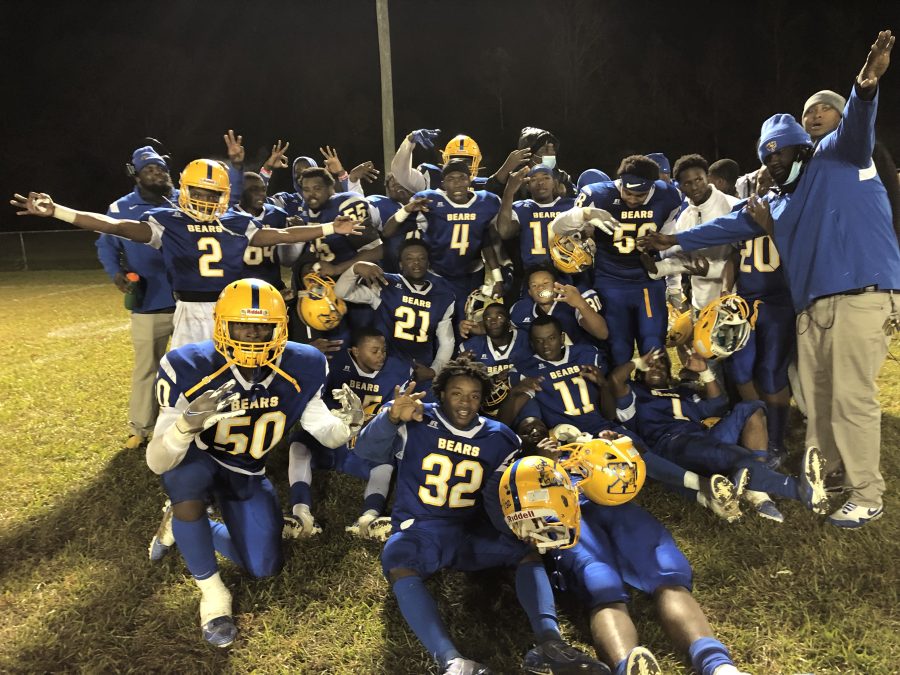 No. 7 Keith High School made school history on Friday night.

Quarterback Terrell Lumpkin scored two touchdowns as the Bears spanked No. 6 Notasulga 19-2 in the second round of the Class 1A state playoffs at J.V. Caldwell Stadium.

Keith (11-1) won a second-round playoff game for the first time in school history.

“It was one of the goals we set before the season,” Bears head coach Anthony Lumpkin said. “We lost three helluva players last years, but we knew the talent we had coming back. We worked hard and now we’re reaping the benefits.”

Terrell Lumpkin, who passed for over 200 yards, said the Bears expected to advance in the playoffs.

“We knew we were going to win, we just had to come out and play,” Terrell Lumpkin said.

Up next for the Bears is a state quarterfinal showdown against top-ranked Brantley (12-0) next Friday at home.

“The road doesn’t get any easier for us,” Coach Lumpkin said.

Notasulga  (10-2) took a 2-0 halftime when several Blue Devils tackled Bears running back Jayln Jones in the end zone for a safety. The play occurred in the first quarter.

Keith had several chances to grab the lead at halftime, reaching inside the Blue Devils’ 30-yard-line, but came away with no points.

Keith’s physical, quick-strike defense kept the Bears in the game.

The Bears kept Notasulga from scoring a touchdown twice inside their 25-yard-line.

The Bears continued to rely on second teams, forcing a bad  Blue Devils’ punt. The ball actually hit a Notasulga player and the ball stopped at the Blue Devils’ 35.

Defensively, Keith forced four turnovers and kept the Blue Devils out of the end zone.

Todd finished with a fumble recovery and interception. Antiwan Thomas also had an interception to complete the Bears’ stellar defensive effort.