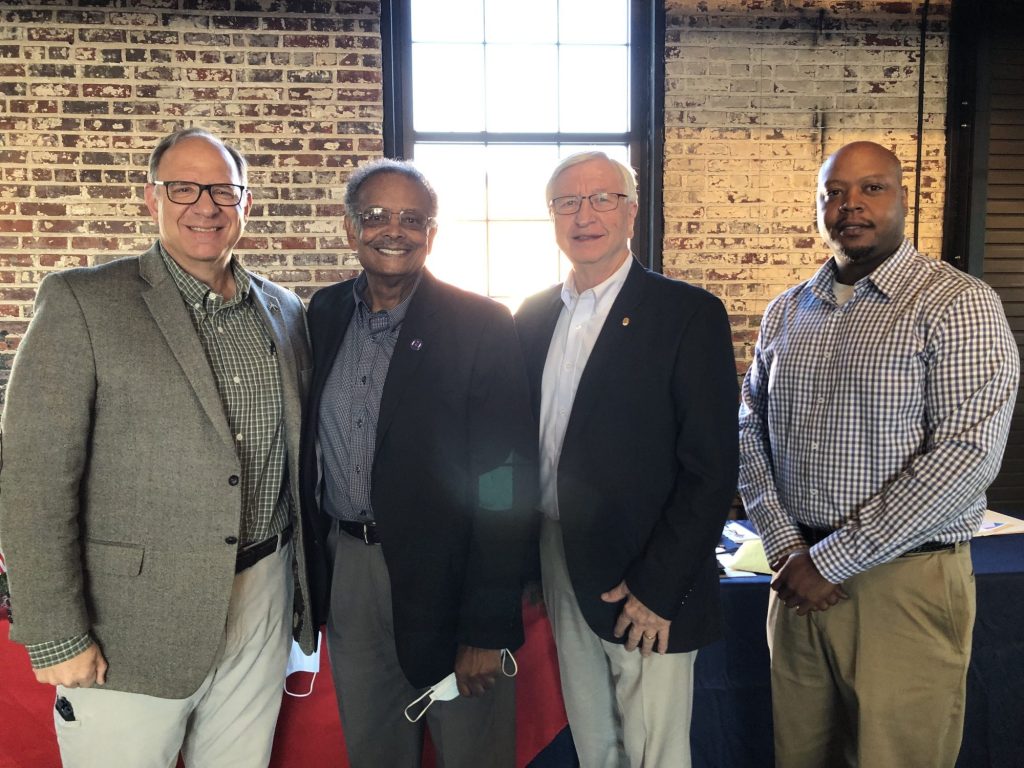 The event was free to all veterans and their families. Everyone received a hot plate of grits, eggs, bacon, and sausage to enjoy during the presentation that featured different organizations speak, rather than have a guest speaker.

Michael Johnson, who founded the MJ 93/90 Foundation, is a mentor at the YMCA.  He also helped serve the food.