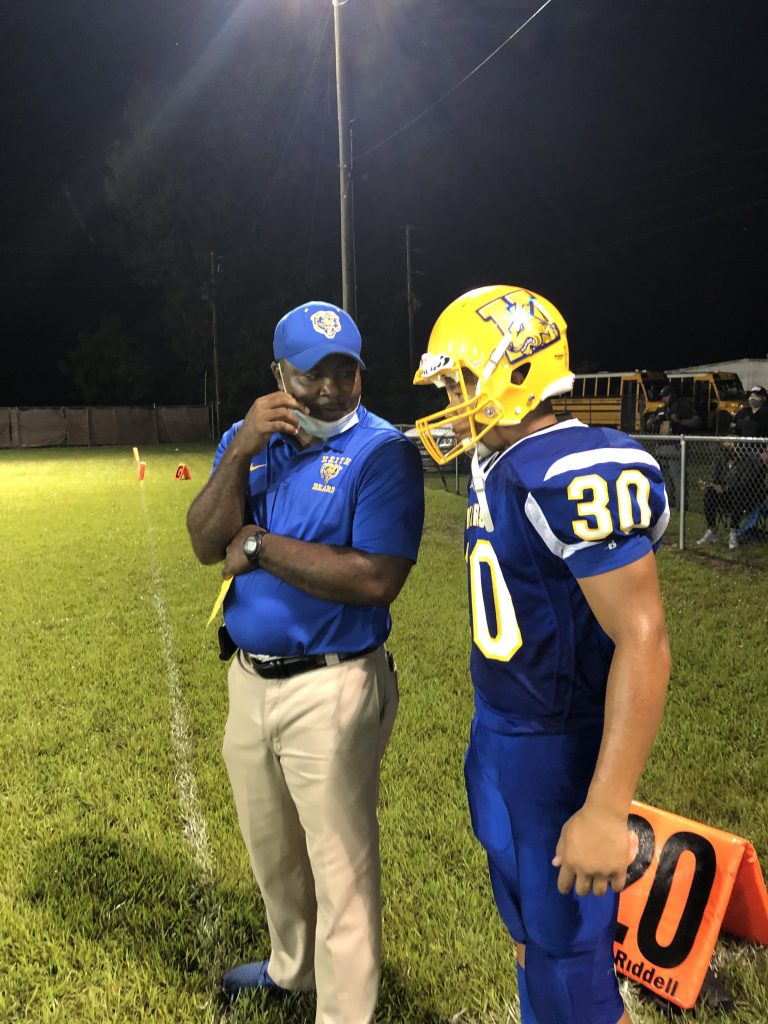 Keith will make school history simply by taking the field Friday night. The Bears hope to make some more before the evening is finished.

Keith’s previous appearances in the second round ended with a 48-6 loss at Brantley last year and a 21-0 loss at Dadeville in 1995.

Bears coach Anthony Lumpkin said his team planned on being in this position.

“Heading into the offseason last year, we knew we could win the (region) because we had a lot of players returning,” he said. “Our goal was to win the (region) and get to play in front of our fans. We got the first two (playoff) rounds at home, and depending on how things fall, we could get another game at home, too.”

Friday’s winner will face the winner of a second-round game between No. 1 Brantley and Millry in a state quarterfinal next week. Keith would host Brantley but travel to Millry.

Notasulga’s town limits include parts of Lee and Macon counties. It is about 19 minutes from Auburn.

The Blue Devils are a traditionally strong program, with 16 area or region titles in their history and a pair of mythical state titles in both 1961 and 1962. Their all-time playoff record is 36-35.

Notasulga finished second to No. 3 Maplesville in Region 4 and advanced with a 45-16 victory over Marengo in a playoff opener. The Blue Devils have outscored their opponents 353-81.

“They’re kind of like us,” Lumpkin said. “They big. They’ve got some speed on the outside. We’ve seen that type of speed before. … We’re going to have to buckle down and limit the big plays they try to create and make them sustain a drive.”

“They try to get you in a misdirection game, but we run misdirection ourselves, so we’re used to defending it in practice,” Lumpkin said. “We’ve just got to be in the right place at the right times.”

Region 3 champion Keith advanced with a 43-7 victory over McKenzie last week. It was just the Bears’ second game in about a month due to three straight weeks idle late in the regular season.

“We made all the plays that we needed to make, but dominated, I don’t feel like we did that,” he said. “I wish we could have limited their run game a little more. They were getting huge chunks of yardage at times. But our defense stiffened inside the 20s, and they only got in the end zone once.”

Anthony Lumpkin described last week’s crowd at Keith as “all right” and expects even more fans this week.

“We’re expecting the fans to come out and support the guys and root them on to another victory,” he said.

The coach said there is excitement around the school with the Bears preparing for a second-round playoff test.

“I get a lot of congratulations, but I tell them it’s not me, but it’s the guys being coachable” Lumpkin said. “It would make me feel better if when they saw the players they would shake their hands and let them know they’re doing a wonderful job.”