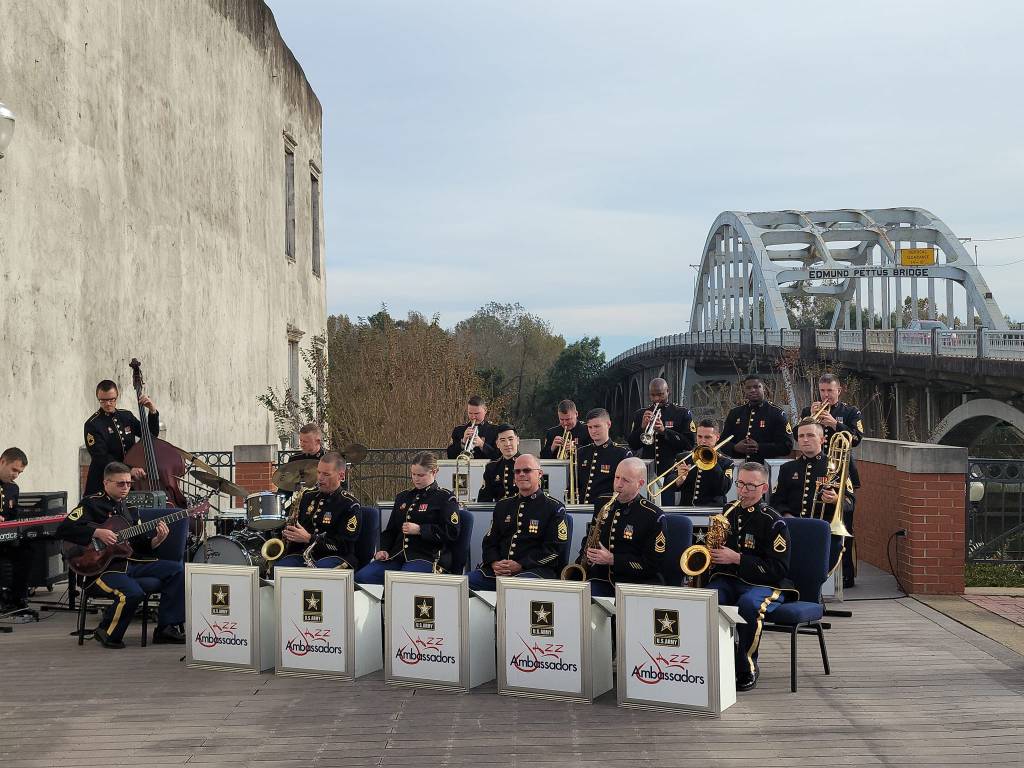 The Jazz Ambassadors of the United States Army Field Band performed in the Songs of Selma Park on Tuesday.

The 19-member ensemble, formed in 1969 and based in Fort Meade, Maryland. They are currently on a tour across the state and doing a few Civil Rights promotions.

The Jazz Ambassadors will perform in Montgomery and Tuskegee this week.

Known as America’s Big Band, the Jazz Ambassadors are  a versatile music group.

The band has appeared in all 50 U.S. states, Canada, Mexico, Japan, India, and throughout Europe.

CeCe Grayson and Danielle Wooten were among the Queen City residents who spent part of the afternoon listening to the Jazz Ambassadors. Both said they were impressed.