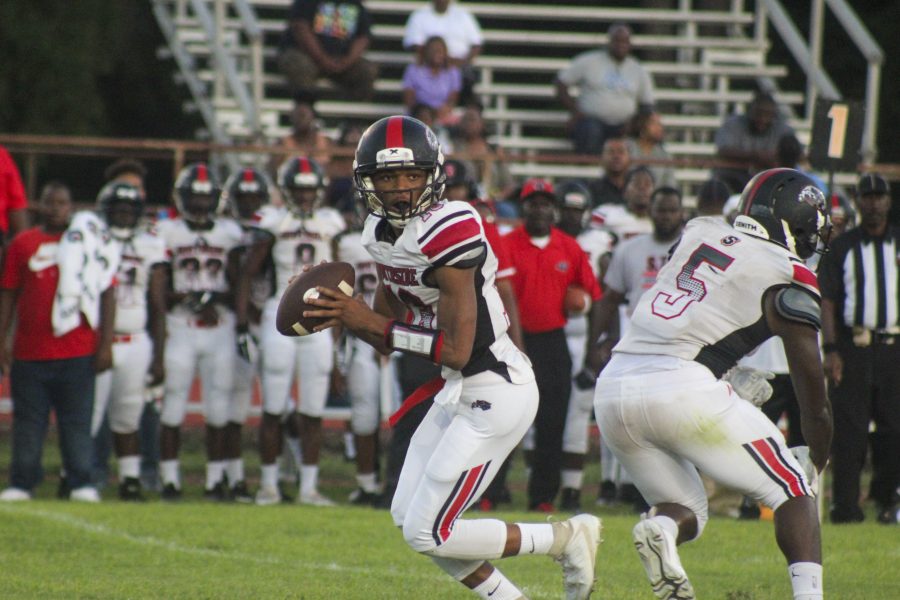 Another week, another accomplishment for Southside.

Six days after clinching a first-round home playoff game with a 32-7 win over Thomasville, the Panthers wrapped up the 2021 Dallas County championship with a 40-14 victory over Dallas County at Memorial Stadium. With the latter victory, Southside took home the inaugural Christopher Harrell Memorial Trophy, which was named after a longtime Dallas County assistant basketball coach who was killed in a robbery.

Now comes another opportunity for a program that was a popular pick for a homecoming opponent just a few years ago. Class 3A, Region 3 runner-up Southside will host Region 1 No. 3 seed Bayside Academy on Friday night at 7 in the first on-campus playoff game in school history.

Southside was the designated home team for games against Rehobeth in 2003 and UMS-Wright in 1989, but both of those games were played at Memorial Stadium. The Panthers won both.

Bayside Academy (8-2) doesn’t figure to make it easy for the Panthers. The Admirals have won five straight since losing back-to-back games to Hillcrest Evergreen and T.R. Miller. The Hillcrest score was 34-28 in overtime. T.R. Miller beat the Admirals 14-0, but Bayside scored 35 or more points in four of its last five games, and in the other it scored 28.

Senior quarterback Zachary Kittrell (6-foot, 175) leads the Admirals. He gets help from senior running back Jay Loper (5-10, 177). Junior Cooper White (6-1, 200), who works on the defensive line and at linebacker, is among the players to watch on defense.

“They’re very multiple,” Moody said of the Admirals offense. “They like to formation you. I’ve seen drives where they might get in seven or eight different formations … which is almost unheard of. The biggest thing about defense is lining up right. They put a strain on you.”

That means recognition and discipline will be key for the Southside defense Friday, Moody said.

The Panthers will counter with an attack led by senior quarterback Chris Thomas. The three-year starter has thrown for almost 4,000 yards this season and rushed for more than 1,000. He threw four touchdown passes in last week’s win over Dallas County.

“He’s been amazing,” Moody said. “He goes into the game and follows the game plan. He trusts the game plan and he executes. He’s kind of been the engine this year. He’s done a spectacular job and, hopefully, that can continue.”

Moody said his team needs to avoid mistakes Friday. “Our guys understanding the moment and taking advantage of the opportunity (will be critical),” he said. “I pray that most of the nerves are gone … We’ve got to make sure we have our nerves calm and not do things that are uncharacteristic of our team, such as getting penalties. I think if we play a clean game, we’ll win.”

Keith vs. McKenzie:  The 1A, Region 3 champion Bears (8-1) tuned up for the playoffs with a 14-7 win over a tough Isabella squad last Friday. It was Keith’s first game in about a month.

McKenzie is the No. 4 seed from Region 1. The Tigers (6-3) were off last week and will take a five-game winning streak in the playoffs. One of their losses was a 1-0 forfeit to Brantley on Sept. 10.

St. Paul’s edged Vigor 24-20 last week. Selma was idle last week after having a four-game winning streak broken with a 34-8 loss to Demopolis on Oct. 22.