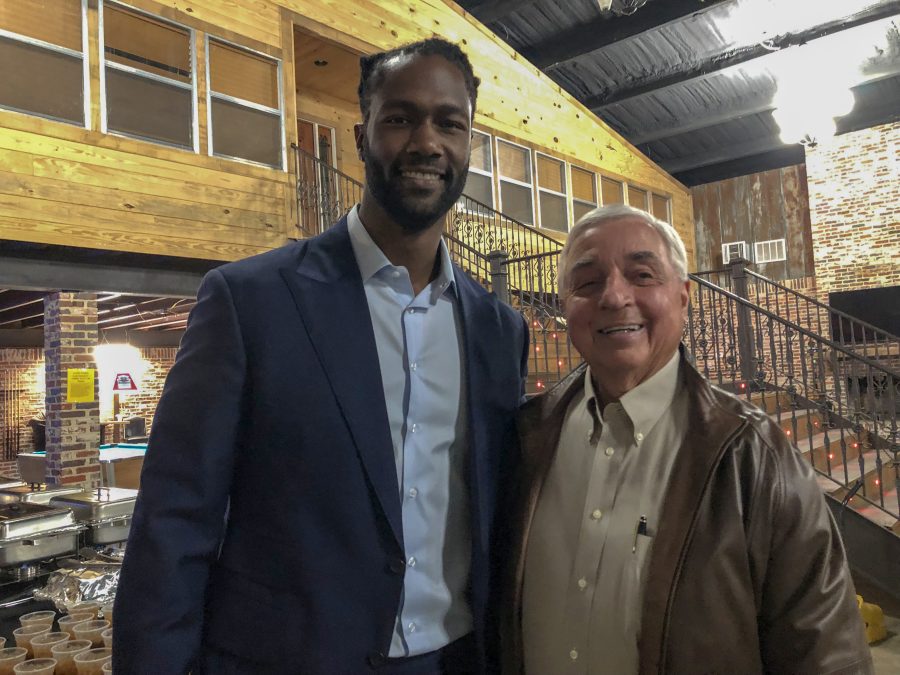 “Selma is always proud of what Michael Johnson has done,” Frazer said.

“It’s just the beginning,” Johnson said. “I know you set big goals for yourself. Just remember to put God and your family first.”

As the audience feasted on steaks and potatoes provided by the Golden Ranch, Johnson advised the senior honorees to never forget their roots.

“Always go back to visit your school, visit your teachers and take time to read to the younger students,” Johnson said. “The youth is our future.”

Johnson, who was an All-ACC selection at Georgia Tech between 2005 and 2008, discussed the transition from college to the NFL.

“When the Cincinnati Bengals picked me in third round of the 2009 Draft, I was mad,”  Johnson said. “I thought I should’ve gone higher. I felt that I had let Selma down.”

Johnson said he enjoyed playing 10 years in the NFL, which ended with the Cincinnati Bengals after the 2018 season.

“The transition from college to the NFL is tough because the guys in the NFL are bigger, stronger and faster,” Johnson said.

Johnson said one of the coolest moments playing at Georgia Tech and the NFL came against Ben Obomanu of Selma. Obomanu played at Auburn and with the Seattle Seahawks.

“Georgia Tech went to Auburn (in 2005), I was on special teams and saw Ben Obomanu,” Johnson said. “He said, ‘Hey Michael.’. Of course we won the game 23-14. I also played against Ben when Cincinnati played Seattle. That was cool for two guys from Selma.”

Johnson spends his days as a mentor at the YMCA. He also runs the Michael David Johnson Foundation, which puts together events in Selma and Dallas County.