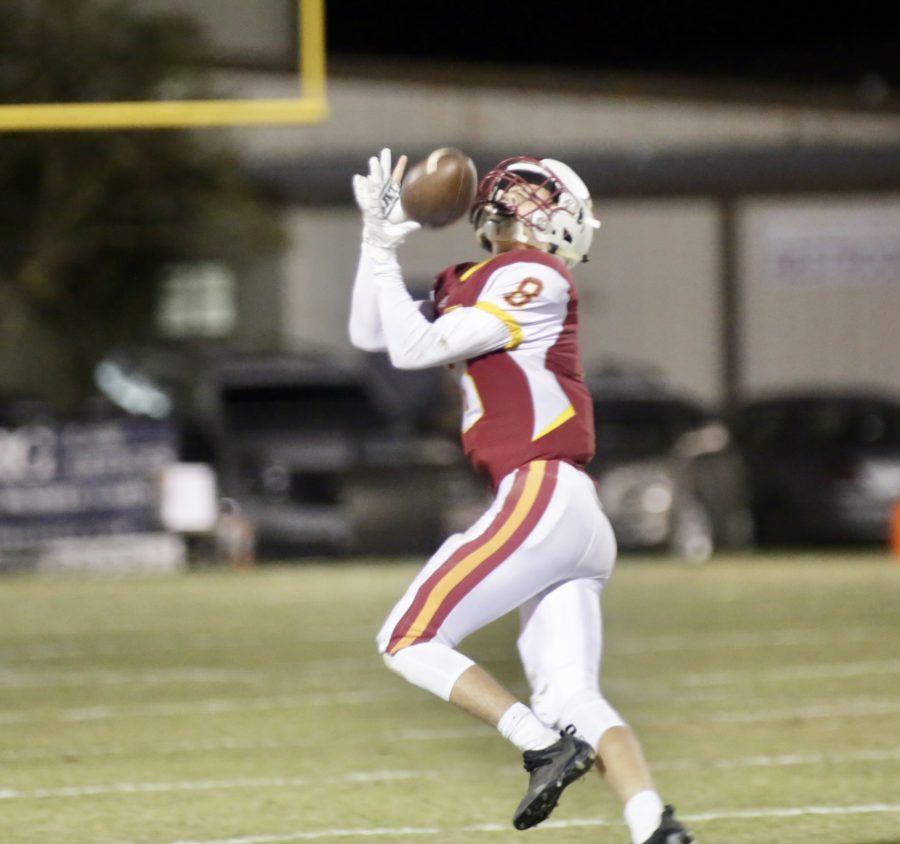 Missed scoring opportunities and four turnovers were too much for host Morgan Academy to overcome Friday in a 31-17 loss to No. 6 Lee-Scott.

The game matched a pair of AAA region runners-up. Region 2 runner-up Morgan Academy (5-5) will open the playoffs at home next week against Glenwood. Region 1 runner-up Lee-Scott (7-2) will host Bessemer Academy in Round 1.

Morgan outgained Lee-Scott 411 yards of total offense to 290, but the Warriors had 215 yards on the ground to the Senators’ 63. Andrew Thomas completed 19 of 30 passes for 348 yards for the Senators. Cink Minter and Rhyne Williams both had big nights. Minter caught five passes for 173 yards. Williams hauled in 10 for 148.

“I thought our kids played really well and played hard against a good football team,” Morgan Academy coach Danny Raines said. “We moved the ball. We had a shot the first drive, we didn’t score. The second drive, we moved the football and had a penalty that hurt us.”

All four turnovers were interceptions. The third came with the Senators trailing 24-17 and gave the Warriors a first down at the Morgan 30-yard line. They scored four plays later on a 1-yard run by JJ Meyers with 3:25 to play.

Morgan moved quickly into Lee-Scott territory on the ensuing possession, but the Warriors intercepted a pass in the end zone to seal the win.

Morgan Academy opened the game with a 13-play drive that took up half the first quarter but ended on downs inside the Lee-Scott 20. The Senators got inside the Warriors’ 30 on their next possession but again came away empty-handed, in large part due to a penalty for a chop block.

The Senators tied it on their first possession of the third quarter when Thomas connected with Minter for 60 yards and a touchdown with 8:18 left in the period.

Back came Lee-Scott. The Warriors went 63 yards on four plays, with the TD coming on a 60-yard screen pass from Tate McKelvey to Andrew Hahan at the 6:13 mark.

Another Morgan possession ended without points inside the Lee-Scott 30, and Matt Rolader kicked a 37-yard field goal to increase the Warriors’ lead to 24-14.

Wade Mason kicked a 27-yard field goal for Morgan to cut the margin back to seven with 7:11 to play.

Raines is confident his players will rebound and turn their attention to Glenwood.

“These kids, they’re wonderful kids,” he said. “They just keep working. We’re still hosting a playoff game. We’ll have a real good Glenwood team coming in here next week and we’ll put all our energy into that and try to win it next Friday.”