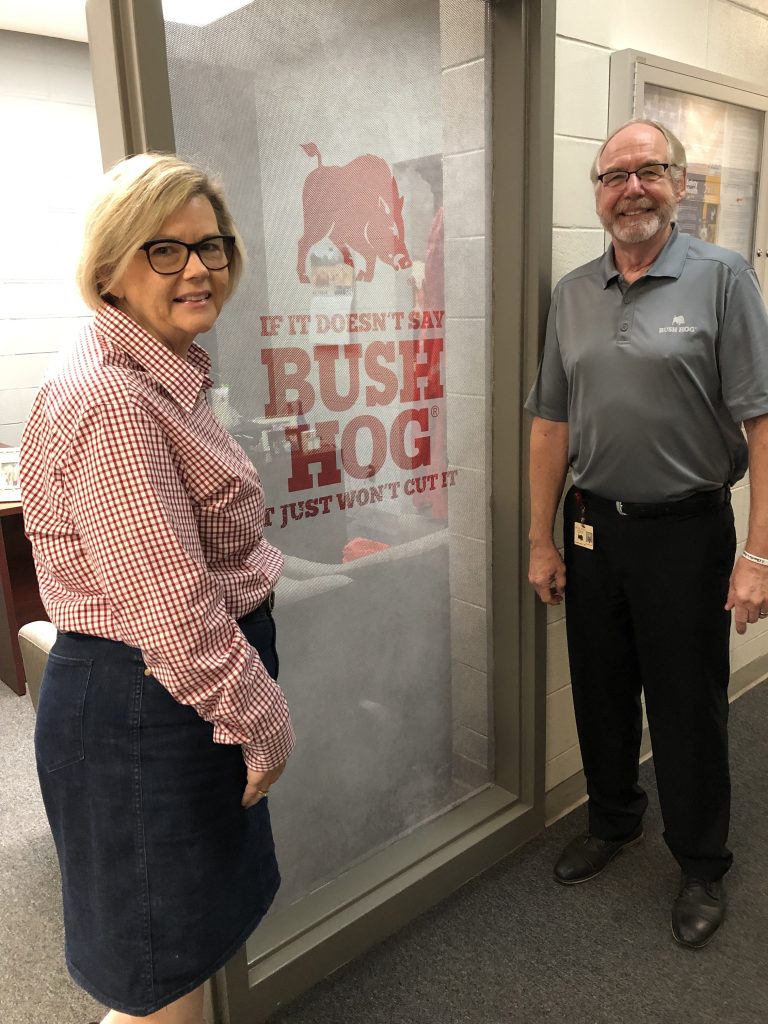 The City of Selma honored Bush Hog for its 70th anniversary.

At Tuesday’s City Council meeting, the council made a resolution and declared this week as “Bush Hog week.”

“It’s a blessing to have a homegrown industry that continues to manufacture high quality products to ship around the world,” Carmichael said. “I’m glad we were able to come together and honor Bush Hog with a resolution.”

Bush Hog officially opened in Selma in 1951 with a new device designed to clear pasture and crop residue was being demonstrated to a group of farmers.

An elderly gentleman wearing worn overalls stepped forward and observed, “That thing eats bushes like a hog!” The name Bush Hog was created.

“Bush Hog is such a wonderful company, and our folks are the key factor in this success and longevity,” Bush Hog President Jerry Worthington said. “I am proud to work with this Bush Hog family and celebrate the things we continue to accomplish together. We are proud as a team of the past 70 years and excited about the next 70!”

In the words of one customer, “If it doesn’t say Bush Hog, it just won’t cut it!”