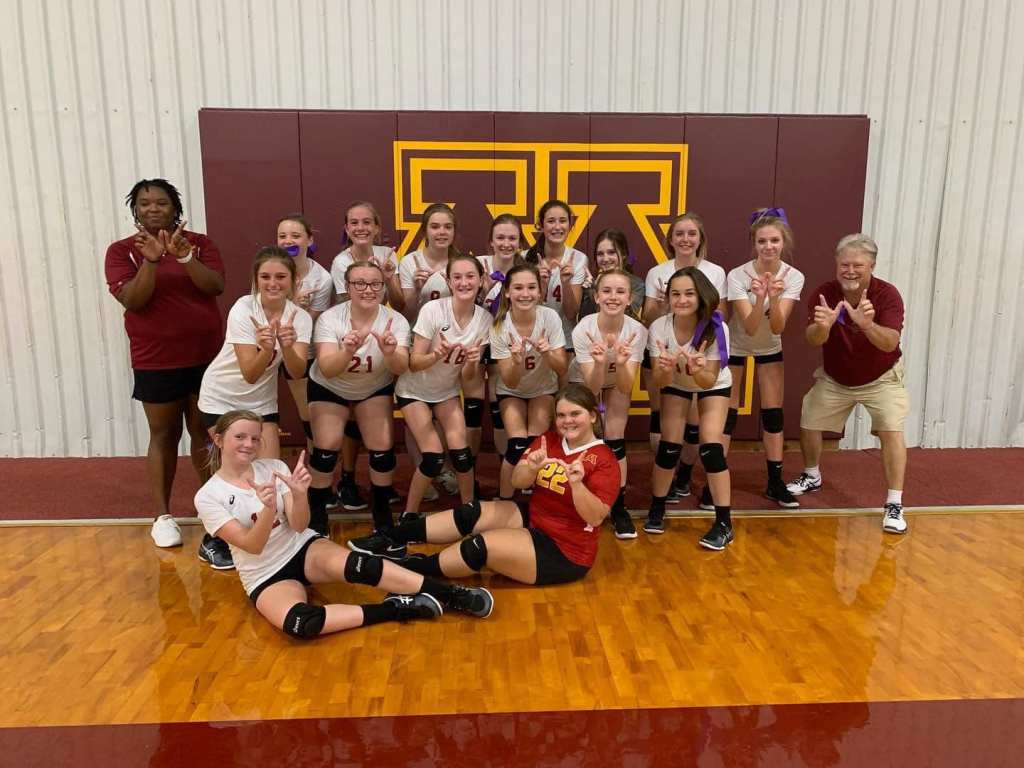 Glen Graham brought more than 30 years of volleyball wisdom when he took over as Morgan Academy head coach for the 2021 season.

That’s part of the formula that has helped make this a memorable campaign for the Lady Senators. The other part? That would be the players’ response to their first-year coach.

“I’m so proud of our kids because they’re trying to buy into what I’m teaching,” Graham said. “My goal, and we talk with them every day about this, is to work hard, stay humble and stay hungry. I also tell them they have to earn everything. Nobody is going to give you anything.”

What the Lady Senators (16-10) have earned to this point is an area championship. Morgan won its area by going 4-0 in league matches, winning two apiece against Fort Dale Academy and Clark Prep.

Next up is a first-round regional match at home Monday afternoon at 1:30 p.m. against Bessemer Academy, which the Lady Senators defeated in two regular-season meetings. With a third win over the Lady Rebels, Morgan would earn trips to regional semifinals next week at Tuscaloosa Academy and the Elite Eight on Oct. 25-28 at the Cramton Bowl in Montgomery.

Graham coached volleyball for 23 years at Isabella High School and 10 years in Tuscaloosa with the Special Olympics. At Isabella, his teams made the Elite Eight 14 times, the Final Four once and were area champions 21 out of 23 years.

His inaugural Morgan Academy team has fared well despite the entire squad being available for only nine matches to this point due to COVID, COVID exposure or injuries, Graham said. He hopes the Lady Senators are back to full health by next week.

McCann Perkins (5-7) is a junior defensive specialist who comes off the bench and gets significant playing time. Graham said he has used her at every position this fall.

“I am so pleased with this team,” Graham said. “I have a great group of kids. I have great parent support. These kids are like sponges. I’m excited about the strides they’ve made since Day 1, and if they can continue coming together and stay healthy, I think we can make a deep run in the playoffs.”