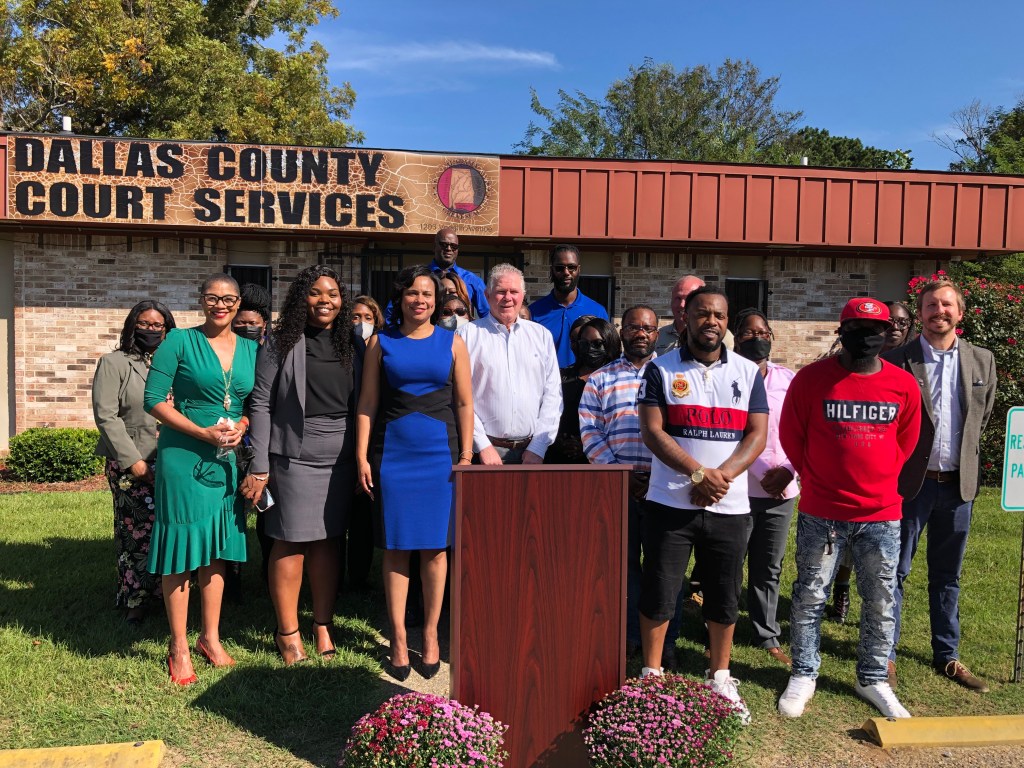 A pair of Selma residents completed a community-based welding program with the Dallas County Court Services and landed jobs.

Willie Billingsley and Terrance Smith each were hired by Rayco Industrial  at a press conference on Wednesday. They have not completed the program.

Billingsley and Smith were in the criminal justice system for nonviolent offense and each are grateful for their second chances. They obtained employment while continue to participate in the program.

Jackson said that Billingsley attended the program through the community and requested that Dallas County Court Services assisted him obtaining employment.

Smith said he appreciates people believe in him.

“I want to thank the Dallas County Court System,” Smith said. “Last year, my life was headed in another direction. It’s a blessing to get a second chance. I get to move forward with my life.”

“I’m grateful for this opportunity, I never went to jail, but I was headed down the wrong path.”

Rayco Industrial owner Ray Harrelson said he’s honored to sponsor and give another chance to individuals wanting to improve their lives.

“I believe in giving a second chance,” Harrelson said. “I like to thank Miah Jackson and the Dallas County Court System.”

“It takes an entire community to make an impact, “ Jackson said. “It takes teamwork, network and partnership.”