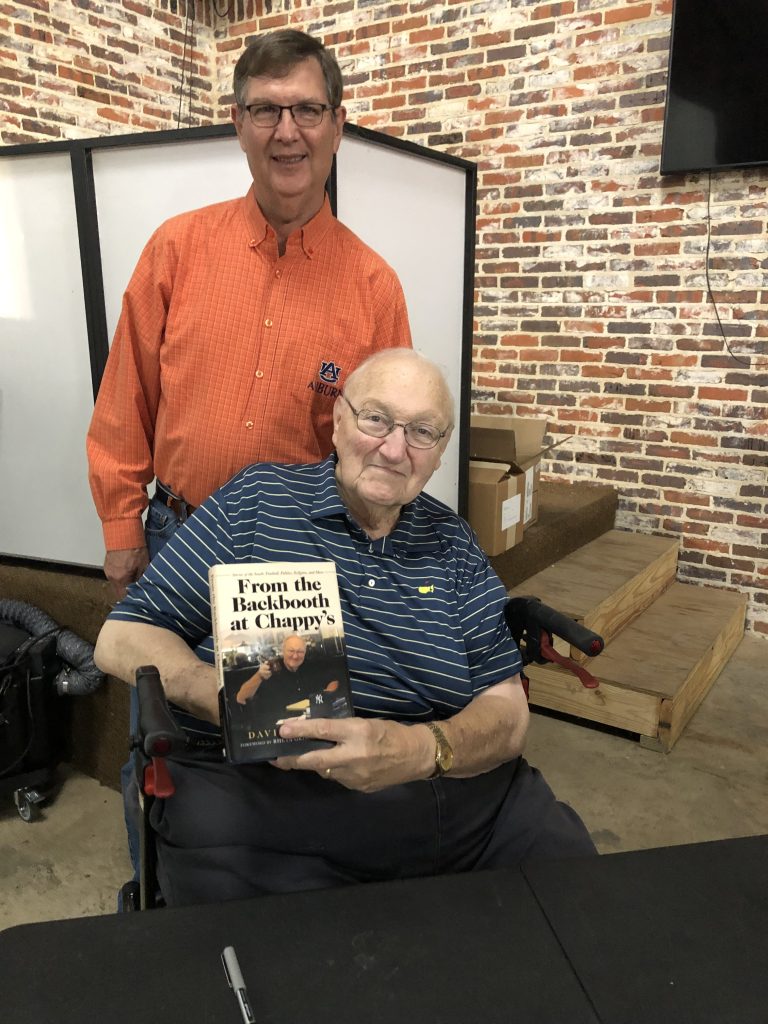 Housel, who served as Auburn’s athletic director from 1991 to 2005, spoke on a variety of topics involving the Tigers.

“I thought Coach Harsin missed a leadership to speak about COVID during the summer,” Housel said. “I like the way he coaches. He’s very comfortable. But for Harsin to be successful at Auburn, he must recruit at the highest level.”

Housel, who’s recovering from a stroke, said he wants the Tigers returning to national prominence.

“Auburn’s a competitive team that could end up being good,” Housel said. “But can they be great right now? No.”

Housel, 75, gives the Tigers a chance against second-ranked Georgia on Saturday at Jordan-Hare Stadium.

“It’s improbable, but not impossible for Auburn to beat Georgia,” Housel said. “They’ve got a tough road ahead. Auburn has a chance to beat the teams on the rest of their schedule, except Georgia and Alabama. They’ll overpower them.”

Housel also discussed his seventh book “From the Backbooth at Chappy’s: Stories of the South: Football, Politics, Religion, and More.”

Housel signed copies of his book on Tuesday night.

“You’re not supposed to talk about football, religion and politics, but I believe you can,” Housel said.

Former Alabama football player Wesley Britt will be the speaker on October 18 at the YNot.