The Next Round entertains Selma Quarterback Club members 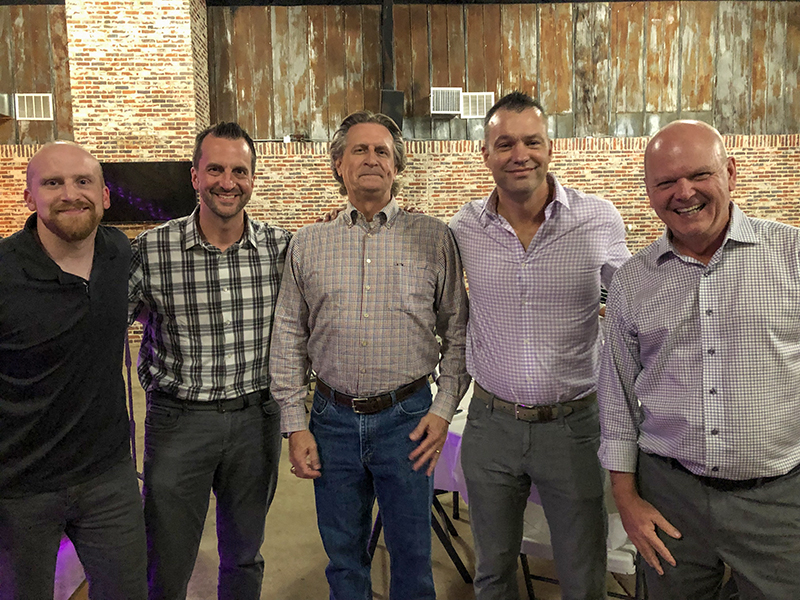 Members of a newly formed digital sports show in Birmingham discussed SEC football at the Selma Quarterback Club on Monday night at the Ynot in Valley Grande.

The Next Round group of Sports-talk personalities Ryan Brown, Lance Taylor and Jim Dunaway and Sean Heninger (aka “Rockstar”) spoke to the Selma QB members and gave their viewpoints on Alabama football, Auburn football, the SEC and other Top 25 teams.

The quartet briefly addressed the audience about their background. For years, they were on 94.5 Jox FM for years, but went into business for themselves. Their former show was called Roundtable on Jox . Their debut was August 16.

The Round Table’s first subject was the Auburn quarterback competition between Bo Nix and T.J. Finley.

Through the Naming Likeness and Image process, Nix appears each Monday on the Round Table. He discussed the situation.

“Bo said that he got the wind knocked out him and found out he was being pulled,” Taylor said.

“Bo was surprised he got benched,” Taylor said.

The Round Table asked the Selma QB club members who are Auburn alum who should start Saturday night at LSU.

Most of the Auburn supporters said that Finley should start over Nix. Finley transferred from LSU.

“There’s more potential in T.J. Finley,” Heninger said. “We already know what Bo  Nix can do.”

The conversation turned to top-ranked and defending national champion Alabama, who are 20 point favorites against Ole Miss on Saturday at Bryant-Denny Stadium.

The group believes that Alabama and Georgia have separated themselves from the rest of college football. They predict that the Crimson Tide and Bulldogs will meet in the SEC Championship game and make the four-team playoff.

On the national level, the Round Table talked about the possibility of Notre Dame coach Brian Kelly leaving the Fighting Irish for Southern Cal.

“Brian Kelly is a good coach, but there’s no way he leaves Notre Dame for their biggest rival,” Dunaway said.

The next Selma QB meeting will be held at 6 p.m. on Oct. 5 at Ynot with Former Auburn Athletic Director David Housel as the guest speaker.