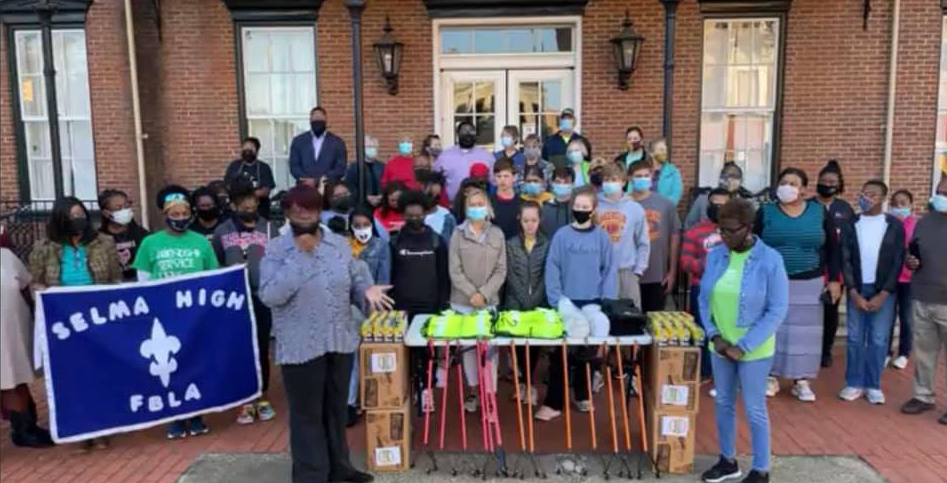 The City of Selma had a successful cleanup day last Saturday.

The Selma City Council and Blackbelt Benefit Group led a group of officials that participated in the Keeping Alabama Clean and Love Our Byways project.

Social Media was filled with people who enjoyed participating.

Carmichael said the goal was accomplished.

“We got garbage off the streets, cleaned up some curbs, and beautified the area by the EPB! Ann Hoffman Murray said it was a productive day.

“It was amazing day at the corner of Broad and Water. An intersection transformed,” Murray posted on Social Media. “Thank you City of Selma and Blackbelt Benefit Group. We will partner with you any day.”

BBG received a Love Our Byways grant for a beautification project along Selma’s downtown stretch of the 54-mile Selma to Montgomery March Byway.