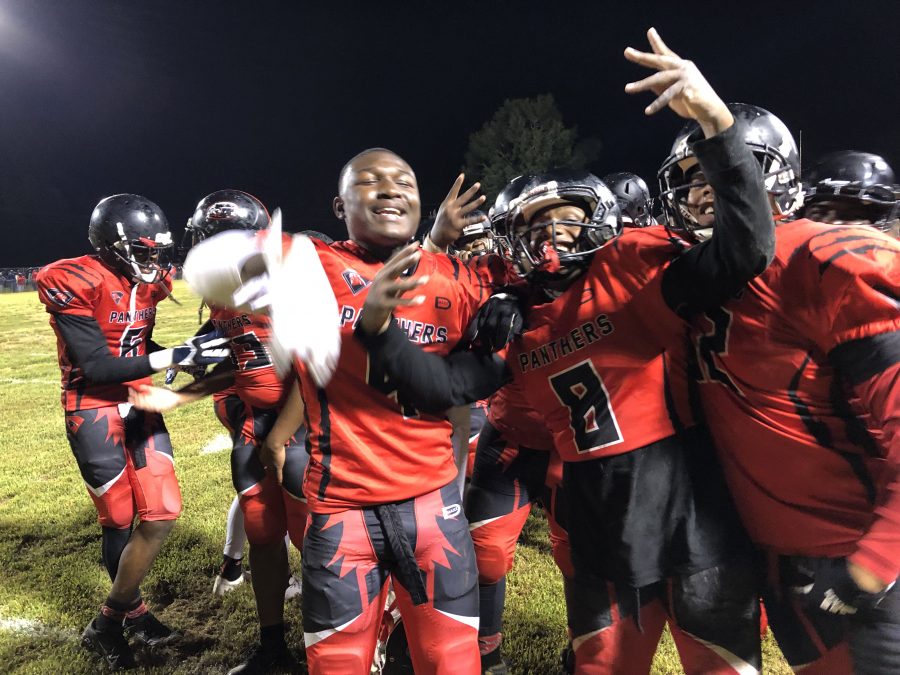 Southside knocked No. 6 Keith High from the unbeaten ranks and snapped the Bears’ shutout streak.

Quarterback Christopher Thomas had over 400 yards of total offense and accounted for four touchdowns as Southside prevailed 40-26 on Friday night at Panther Stadium.

The Panthers (4-1) increased their chances of being ranked in the Alabama Sportswriters Association Top 10. Keith (3-1) suffered its first loss. It was also the Bears’ first road game.

Thomas finished with 300 yards passing, four touchdowns and running for 142 yards and another score.

Southside grew tired of hearing about the Bears being unbeaten and not allowing a point this season.

“All week long, we heard how they were going to come into our stadium and beat us,” Thomas said. “They expected us to lose, but we proved them wrong.”

Spears, who caught seven passes for 101 yards and two touchdowns, agreed with Thomas.

“They talked so much smack all week, we had no choice but to win the game,” Spears said.

Jayln Jones scored the Bears’ first half touchdowns on runs of 55 and 25 yards. He finished with 115 yards rushing in a losing effort.

Southside had several chances to put the game away in the first half, but fumbled three times.

The Panthers continued their scoring onslaught in the third quarter. Thomas scored on a five-yard TD run. Reese hit Mariyon Johnson on a 40-yard TD pass for a 40-14 lead after three quarters.

The Bears closed the game’s scoring in the fourth quarter.

Southside holds a slight 27-21 lead in the all-time series, including a 28-22 overtime victory last year at J.V. Caldwell Stadium.

Keith’s last win in the series was a 29-20 victory three years ago.