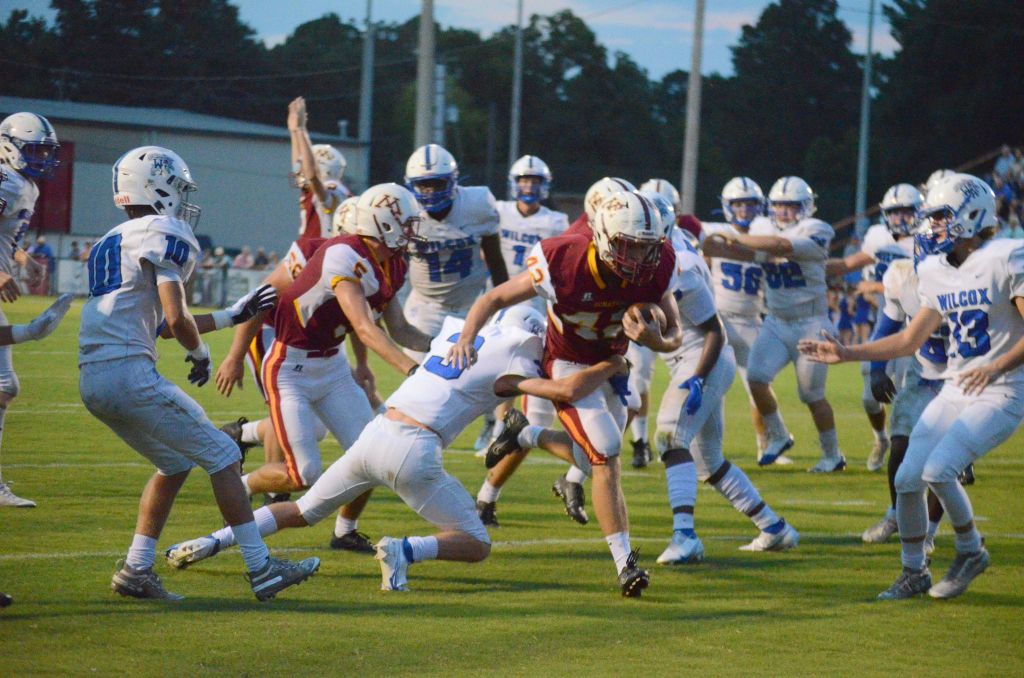 Just about everything that could go right seemed as if it did for Morgan Academy in a 46-22 victory over Wilcox Academy to open the season last week.

The Senators had a 100-yard rusher and 100-yard receiver, and threw for more than 250 yards. Five players made seven or more tackles, and Morgan Academy rolled to a 38-6 halftime lead.

After reaching the state semifinals a year ago, the Senators started the new season looking intent on getting back there – or beyond – in 2021.

“I was really pleased with our kids,” Morgan Academy coach Danny Raines said. “I thought they did a good job playing against a good team. They have most of their team back from last year … I was tickled with how we did and I hope we can keep it up.”

Raines said a balanced offense is a blessing and praised the work of his front line in making that happen.

“Our line did a great job,” he said. “These kids have done a great job working and getting ready to go.”

Next up for Morgan Academy is a AAA, Region 2 matchup against Clarke Prep (0-2). The Gators lead the all-time series 6-5, but the Senators won last year’s game 37-34.

“They’ll be a good football team,” Raines said. “They’ve played two really good teams to start off. We’ll have to play well. They’re big and physical … and they like to throw it offensively.”

Clark Prep, which works out of the spread, lost to Jackson Academy, 12-0, and Patrician Academy, 46-7, respectively, the last two weeks.

Still, Raines knows winning won’t be easy, in part because of Clark Prep’s size. The coach added that starting 1-0 in the region would be huge, making this a playoff-type game.