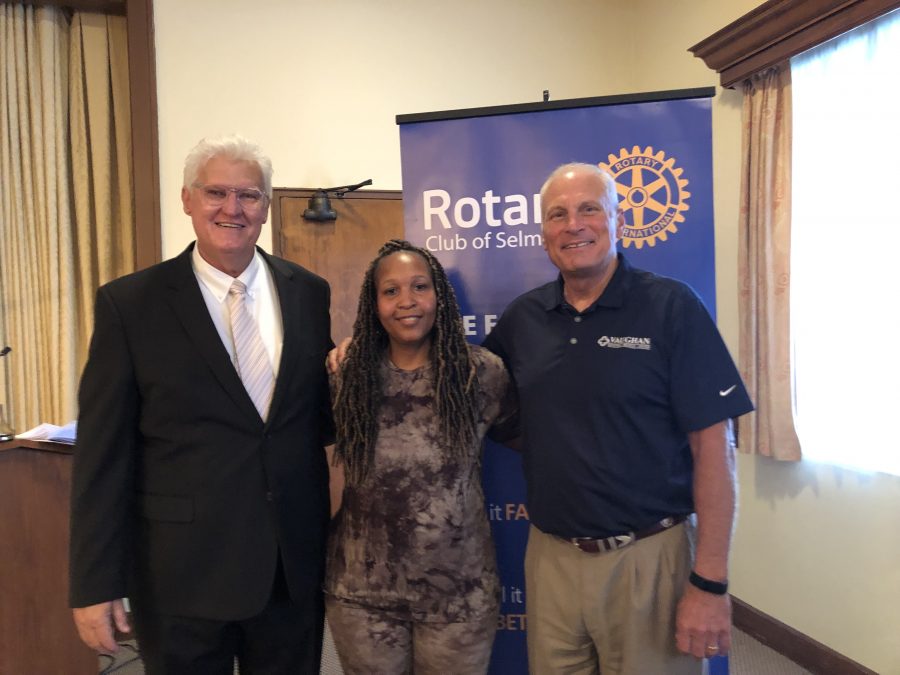 The project to light the Edmund Pettus Bridge could be completed next summer.

Lewis said if everything goes as planned, the project will be ready for public between next summer or fall.

“A lot of people didn’t think it could be done, I found out that it can be done by going through the proper channels,” Lewis said.

Selma Bridge Lights worked with AL-DOT and the State Department of Tourism on the bridge and completed an environmental impact study.

Lewis said that a Project Design Team– Parsons, HLB Lighting Design, Lumenpulse Lighting, ETC Lighting and Barbizon– all provided their services free as a gift to the Queen City.

Lewis said the Electricity for the bridge will cost $100 monthly and will be paid by Ongoing.

He also said that the maintenance for the Edmund Pettus Bridge will cost $15,000 annually and the Alabama Tourism Department is providing a $20,000 donation.

Lewis said that Selma Bridge Lights — is now raising money — to hire a contractor to install the lighting system, which will cost $700,000. He said the money must be raised by next fall.

A Selma native, Lewis said the project will boost the Queen City’s image and attract more people to visit the Historic city where icons like Martin Luther King Jr. and John Lewis often visited.  He said there are plans to have different lights for various occasions.

“It will increase tourism by 30 percent in Selma,” Lewis said. “When people think of the Voting Rights Act of 1965, they think of Selma. The lighting of the Edmund Pettus Bridge will honor the Foot Soldiers and Civil Rights.”

Lewis said the next step is for AL-DOT to approve the final design. If ALDOT approves, they will issue a permit to install the lighting system.

Lewis remains optimistic that by this time next year, the project of lighting the Edmund Pettus Bridge will be near completion.