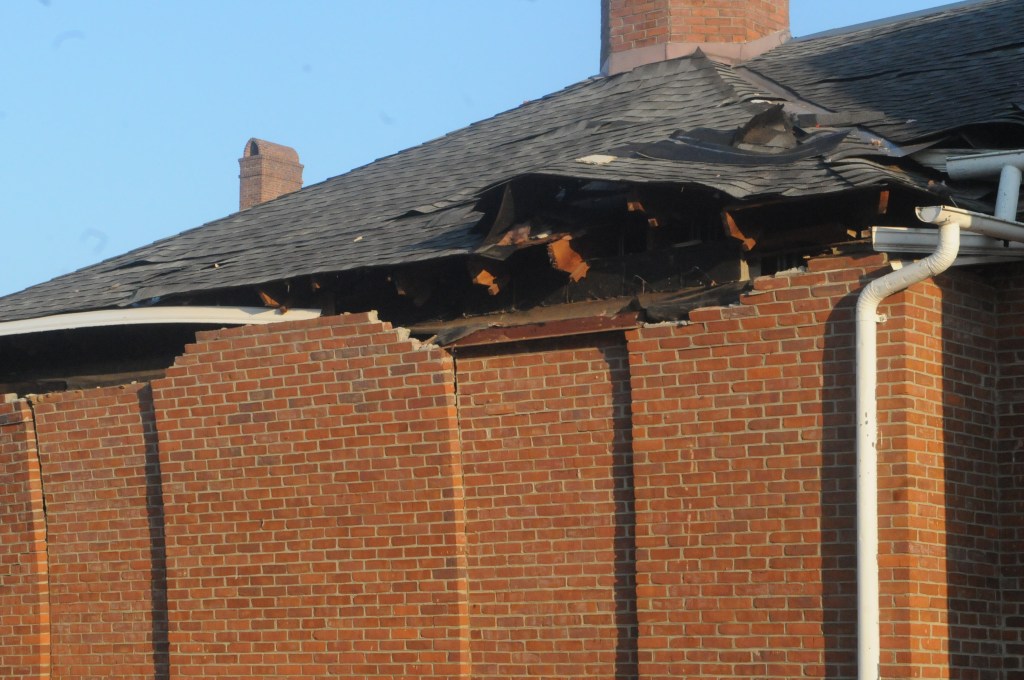 A spokesperson for Spire said that “a technical issue created a high-pressure situation and subsequent damage to the center.”

Spire said it would “do what’s right to resolve the situation.”

The explosion was felt at city hall.  A budget meeting was held at City Hall, where the explosion could be heard.

Perkins said architects will check city hall to see if it experienced any other damage from the explosion.

Perkins said that people who reserved the convention center will receive a refund. He declared the center is unavailable.

“Thank God no one was in the building,” Perkins said.