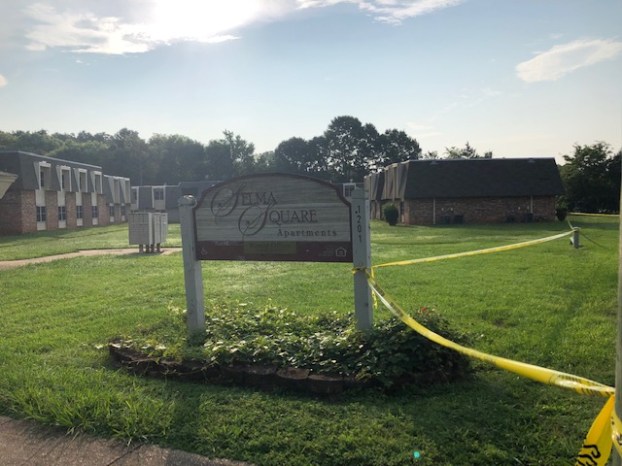 Dallas County District Attorney Michael Jackson identified the victim as Marquis Moorer. Jackson said that the shooting happened around 4 a.m. in an area near Selma Square and Woodrow Avenue.

Jackson says Moorer’s significant other,  was also injured during the shooting and taken to a local hospital for treatment. Her identity was not revealed.  Moorer was going home on a lunch break when the shooting took place.

“These interviews are never easy, especially when its one of your own,” Fulford said.

The ALEA’s State Bureau of Investigation will take over the case and it remains under investigation while they search for the suspect. No suspect has been identified. No  details were released.

Perkins said that he and Fulford met with Moorer’s family and offered their condolences.

Jackson said Moorer was a dedicated officer through his peers.

“Everybody says he was an upstanding officer who took his job seriously,” Jackson said.

Perkins urged Queen City residents with information about the shooting to call 855-752-7463.

“If you hear something, if you know something, say something,” Perkins said. “Citizens of Selma, we’ve got to help each other.”

“I extend my prayers for the family of Officer Marquis Moorer,” Gov. Ivey said. “A memo to lower the flag will be distributed to honor this hero as soon as his funeral is announced.”

“Once again, one of Alabama’s law enforcement heroes has been tragically struck down. Every day, officers routinely risk their lives simply by putting on their uniforms and performing their duties to protect their fellow citizens. We must honor them and never take for granted the sacrifices they make on our behalf. I ask you to join me in prayerful gratitude for Officer Moorer as we hold his loved ones in our hearts.”

Central Alabama CrimeStoppers is offering a $2,500 reward for information leading to the arrest of the suspect or suspects involved.

“We extend our prayers and condolences to the family,” CrimeStoppers Executive Director Tony Garrett said. “We also honor and thank Officer Marquis Moorer for his ultimate sacrifice while serving the City of Selma.”

It’s the 15th homicide in Selma this year.

“We are deeply saddened to hear of the loss of Officer Moorer who was killed early Tuesday  morning while on duty. Our thoughts and prayers are with his family, friends and fellow officers with the Selma Police Department during this extremely difficult time,” ALEA Secretary Hal Taylor said. “His service and sacrifice will never be forgotten as we mourn alongside the entire law enforcement community.
This senseless violence must come to an end.”

This story will be updated as more information becomes available.