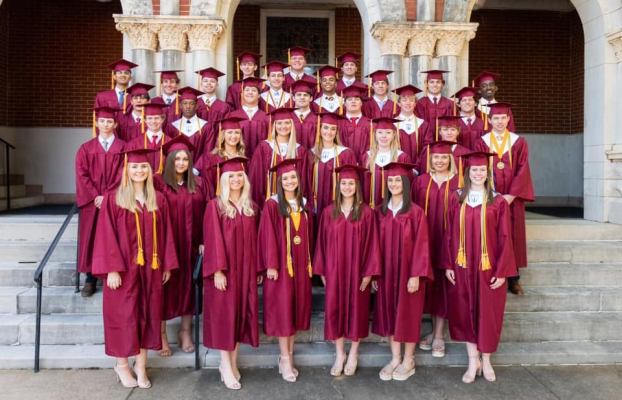 Morgan Academy continues its standard of excellence by the AISA.

Morgan Academy won the President’s Award from the AISA.

It marks the 25th time Morgan Academy is a Blue Ribbon School.

The honor is based on scholarship totals, academic competition and SGA award from the Class of 2021.

Class Valedictorian Hasten Bridges led the way and was a National Merit Finalist.

Jones Free earned the Nell Edwards Christian Character Scholarship and signed to play golf at the University of Alabama.

“I have a lot of memories at Morgan Academy, this senior class has a lot of kind hearted people,” Wilkinson said.

Free, who led the Senators to three AISA State golf titles, appreciated playing for the Senators.

Oaks credits the teachers, including AISA High School teacher of the year, Tommy Lenior, for helping the students excel.

“A number of our faculty have advanced degrees and work so hard for our students is a part of this award as well,” Oaks said.

The Michael David Johnson Foundation will be hosting its annual Family Fun Day/Back to School Giveaway on Saturday at the... read more