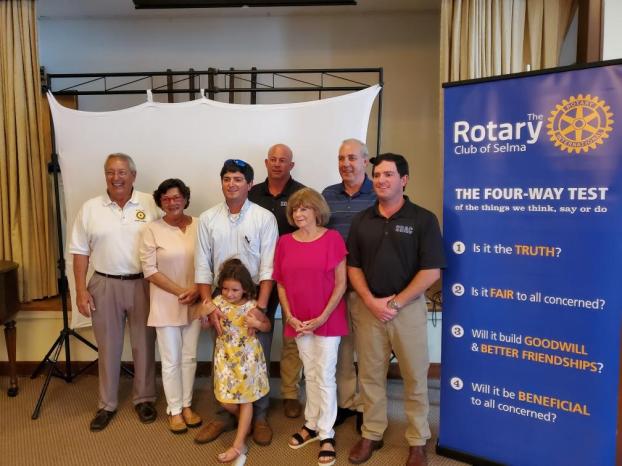 The Rotary Club of Selma announced a new scholarship this week that was endowed in the memory of former club president Renee Kelley Wilkerson, who was killed in an automobile accident in 2017.

It was a foregone conclusion Wilkerson, who was at the time and still is the youngest ever to serve in the president’s role at 23 years old, would be a Rotarian as her father Bob has been a Rotarian for decades, and is locally known as “Mr. Rotary” by his friends and club members. Kelley’s wife Donna is also a Rotarian, having joined the club a few years ago.

“Before she was even a Rotarian Renee went with Donna and I on Rotary trips,” Bob Kelley said. “We even had an exchange student from Australia, and Renee went with us to Australia to see her graduate. We also took a trip to Rotary headquarters in Evanston [Illinois] and she was able to meet the [Rotary] International president. I think it was a forgone conclusion she was going to be a Rotarian.”

The endowed scholarship will be awarded in conjunction with the Club’s annual student scholarship program, where student representatives from each high school in the county give presentations to club members about why they are deserving of winning the scholarship, which is used to further their education. In addition to a monetary award, a plaque will be given with Renee Kelley Wilkerson’s name and the name of the scholarship winner on it.

“Today’s ceremony naming our annual Rotary scholarship in honor of Rotarian Renee Kelley Wilkerson was a distinct honor for myself, as a young Rotarian and president, as she was our youngest club president,” said current Selma Rotary Club Co-President Jerria Martin.  “Her father Bob took me under his wings to help me navigate my time serving when I became president at 29. I could tell Bob had done this before. Renee was interested in Rotary because she loved her father, who is a long time Rotarian. Under his guidance, her presidency was a successful and meaningful experience for both Renee and our Club.”

The Dallas County chapter of Alpha Phi Alpha fraternity, Inc. made its yearly donation to the March of Dimes. The... read more