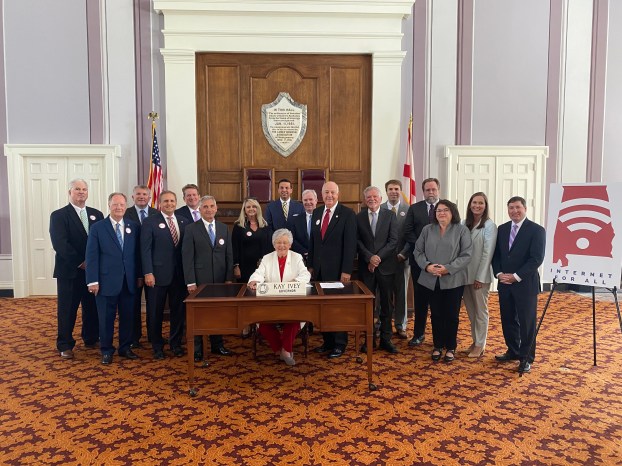 “The Connect Alabama Act is a transformational piece of legislation that I am proud to support and sign into law,” Gov. Ivey said.

“The Alabama Rural Broadband Coalition continues to promote internet for all through forward thinking broadband solutions. We are grateful to Governor Ivey and the legislative champions who are leading the effort in bridging Alabama’s digital divide,” Hardwich said.

Here’s what the Connect Alabama Act will do:

-Creates the Alabama Digital Expansion Authority (ADEA) to oversee the expansion and availability of high-speed broadband services throughout the state, including in rural and underserved areas.

The authority is chaired by Senator Clay Scofield.

-Establishes the Alabama Digital Expansion Division, a subdivision of ADECA, that will develop and execute a statewide connectivity plan and establish and administer a broadband accessibility grant program.

The grant program will promote the deployment and adoption of high-speed broadband internet networks, services and technologies throughout the state.

Alabama is ranked 47th in terms of broadband connectivity and 73% of Alabama’s population does not have access to an affordable broadband plan.

Alabama is also the only state in the southeast without an official broadband plan.