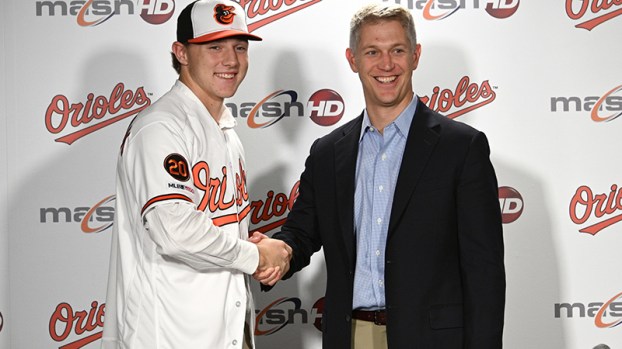 The Baltimore Orioles moved Gunnar Henderson up in its farm system this week.

Orioles director of player development Matt Blood told the “Extra Innings” radio show that it was time for Henderson to move up.

“He’s just performed very well there in Delmarva, one of the best players in the league,” Blood said during the radio interview.

“He is young, but you feel like with his performance and experience at the alternate site last year, which was very good, and being in major league spring training for most of that and then his performance so far, an OPS close to 1.000, felt like moving him to Aberdeen was the right challenge. Now he will essentially get out of his comfort zone a little bit and hopefully continue to progress toward his ultimate goal.”

The Orioles selected Henderson in the second round of the 2019 Major League Amateur Draft. He received a signing bonus of $2.3 million.

Henderson was The Selma Times-Journal baseball player of the year in 2019.

Meet the Selma Times-Journal baseball player of the year