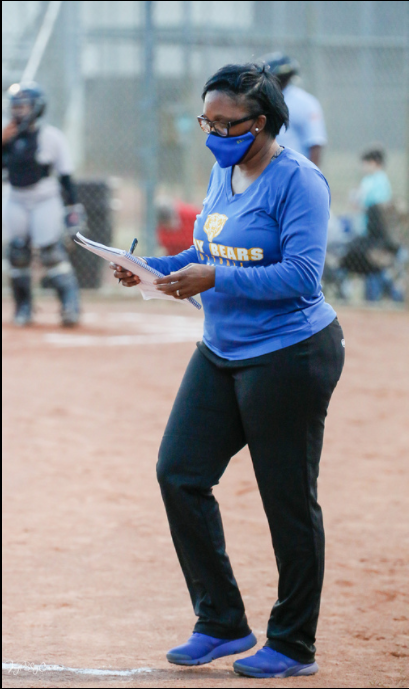 “It’s a great feeling to be named coach of the year,” Flennory said. “It’s a testament of the hard work the girls put in.”

When the season began, winning the Area championship and reaching the Regional were not top priority for Flennory.

“The expectation was to get through the season and keep the players safe,” Flennory said. “We never looked at winning the Area championship or reaching Region.”

“I want to thank Jawanna Milhouse,” Flennory said. “She was always there for the kids 100 percent. She volunteered her time to the team.”

Flennory knows the success raised for Keith next year. The Lady Bears lose Smiley and Carson, but the other players will return for another title run.

“Our expectations for next year are blown off the map,” Flennory said. “Ninety percent of the team were seventh, eighth and ninth-graders. The girls are motivated and they telling me, ‘we’ll be back.’ The goal now is to not just reach the Region, but to win the Region.”