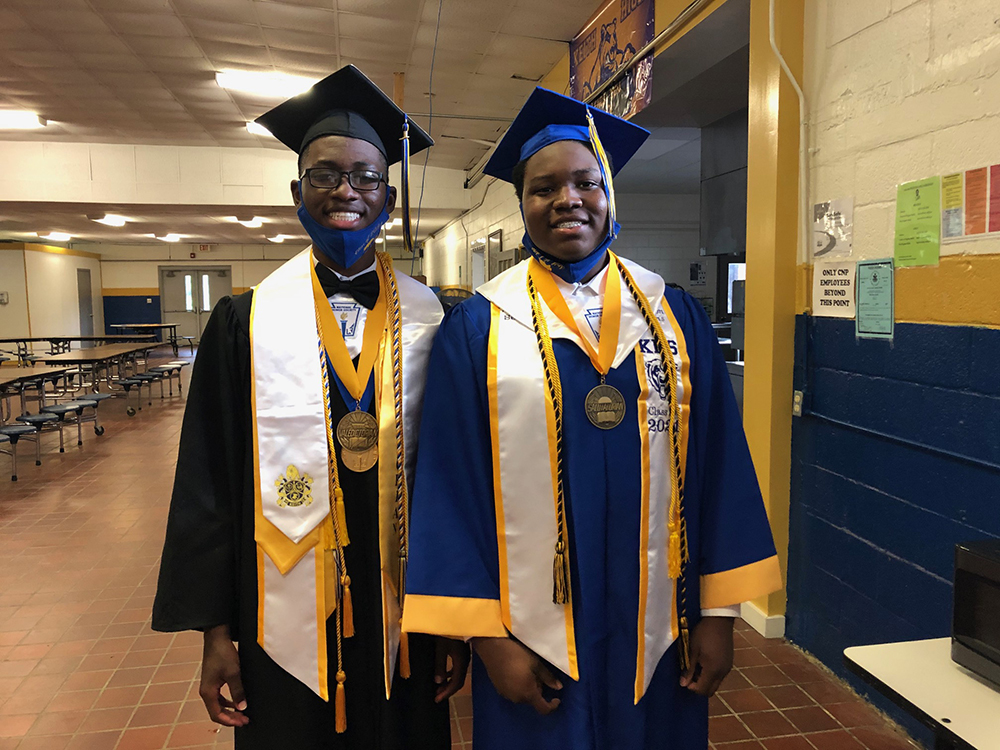 Keith High School had a historic graduation on Tuesday night at J.V. Caldwell Stadium in Orrville.

Mart’Chavious Johnson and Jamarion Blevins were the first male Valedictorian and Salutatorian in the same Class at Keith.

Johnson, who finished with a 4.03 GPA, said he worked toward the goal of becoming the top senior in the Class of 2021 for four years. Johnson plans to attend Wallace Community College-Selma and eventually transfer to Alabama State University.

“Being the Valedictorian means the world to me,” Johnson said. “It’s been a dream of mine since the eighth grade.”

Blevins, who had a 3.9 GPA, said it’s an honor to finish behind Johnson.  Blevins plans to attend the University of Alabama-Huntsville and major in Computer Engineering.

“I came in second, but being second means a lot to me,” Blevins said. “I’ve worked hard to get to this point.”