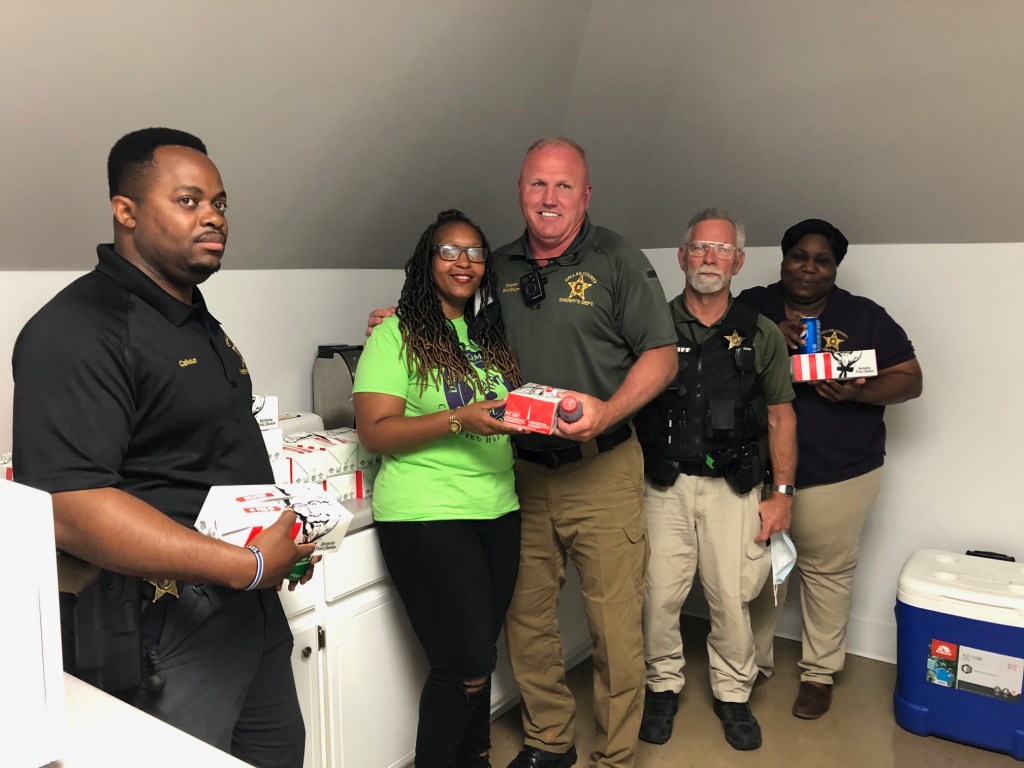 Granthum and the Dallas County Sheriff Office Deputies and workers were treated to boxes of Kentucky Fried Chicken by the DFC, who began five years ago.

DFC Executive Director Jerria Martin said Granthum was the organization’s biggest supporter when it formed in 2016.

“Granthum was our biggest supporter when we started and he wasn’t even sheriff,’ Martin said. “He was always there for the kids.”

Granthum, who was elected Sheriff in 2018, shifts a lot of the credit to Martin.

“I’m the one who should be honoring Jerria Martin,” Granthum said. “I want to thank the Drug Free Community for reaching out to the area schools. I appreciate what she’s done. There’s no doubt Jerria’s reached out to the kids.”