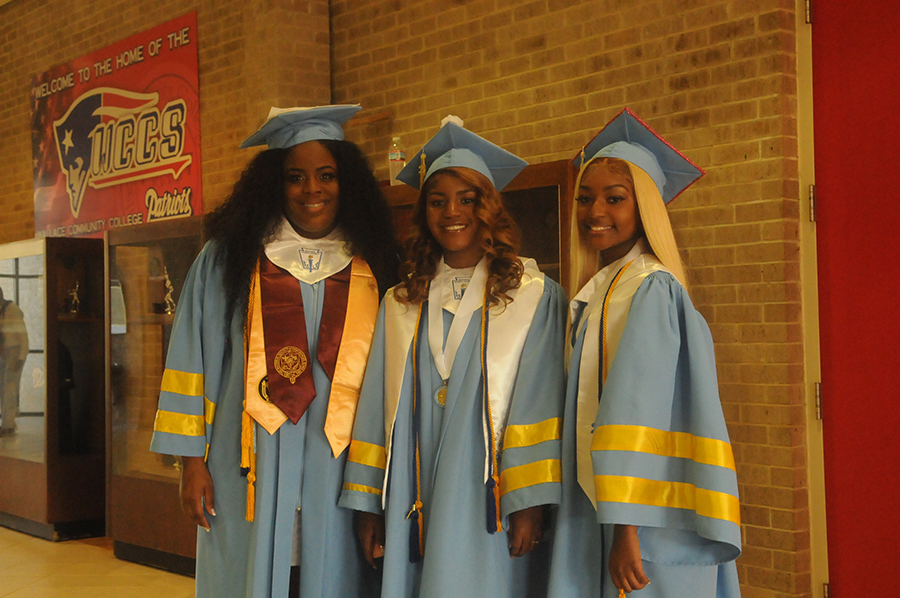 Jackson and Johnson were named co-Valedictorians in the Selma High Class of 2021. They were notified after taking final exams and were thrilled at the ceremony at Wallace Community College-Selma.  Johnson, who finished with a 4.5 GPA, plans to attend the University of Alabama and major in Biology. Jackson finished with a 4.6 GPA and plans to attend Troy University, majoring in Nursing.

“I feel so accomplished because I worked so hard to achieve this,” Jackson said. “Being named co-valedictorian is an honor.”

“I was so emotional when they told me I’d be a co valedictorian,” Johnson said. “I’ve been working toward becoming valedictorian since the ninth grade. I feel so honored.”

Taylor White was named class Salutatorian. White finished with a 4.4 GPA and plans to attend Alabama, majoring in Journalism.

“I’m so honored to be named class salutatorian,” White said. “When they told me I was the salutatorian, I was emotional over it.”