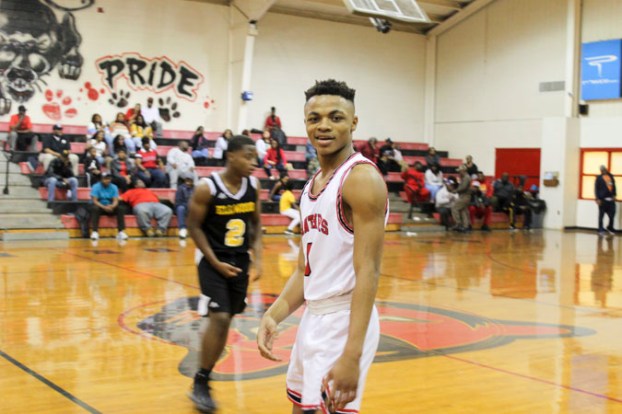 The junior was the only Dallas County player picked for the North-South All-Star game, which will be played July 19 in Montgomery.

The 5-foot-10 Thomas averaged 11 points a game and had two triple-doubles as the Panthers reached the Class 3A Southwest Regional finals. For the last two years, he’s made The Selma Times-Journal All Dallas County basketball team.

“It’s a great honor and great opportunity to play in the north vs south game, I appreciate being picked,” Thomas said.

Southside coach Darrell Walker said he’s glad that Thomas is getting the accolades.

“This is a testament of all the hard work he puts in everyday,” Thomas said. “We at Southside ask a lot out of Chris, and he produces everytime. He is a great athlete, but an even greater kid.  I gave him the nickname “Red Nose” after a breed of pitbulls because he is relentless on the basketball court.”

Thomas accounted for over 3,500 yards of total offense and 35 touchdowns as the Panthers made the Class 3A state playoffs.

“He is a very hard worker, he has that it factor, not afraid of the moment and is a winner,” Panthers football coach Charles Moody said.