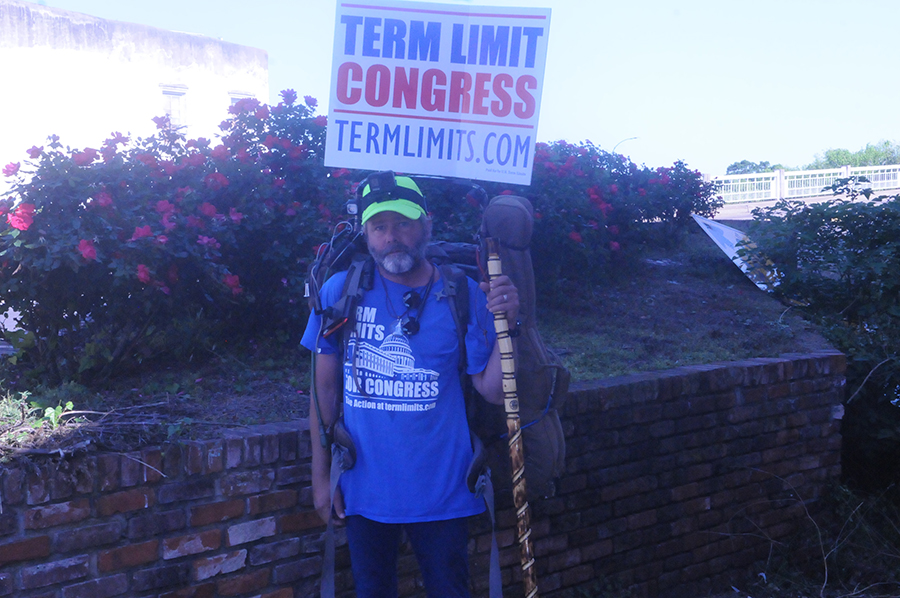 A Nashville resident is traveling across the United States in an effort to reduce congressional term limits.

Tim Israel stopped in Selma on Tuesday and across the Edmund Pettus Bridge. Israel spent the week in the state, traveling to Montgomery, Columbiana, Birmingham, Cullman, Decatur and Huntsville.

Israel began the journey alone on Dec. 22 from Key West, Florida. He now has a group supporting his cause.  He credits a group in Albany, Georgia that includes Jeff Tillman and the organization U.S. Term Limits.

“I’m thankful that the U.S. Term Limits is helping me,” Israel said. “I went from sleeping in a tent to a group feeding me.”

Israel said Alabama, Florida and West Virginia are the states that supports reducing congressional term limits. He needs 34 states to back it.