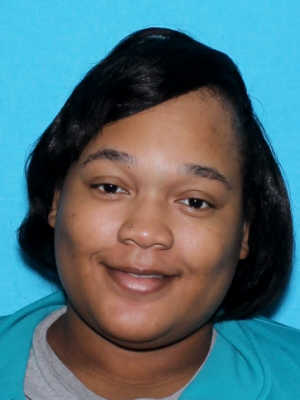 JohnDakita Hall and Jameria Jones are charged with two counts of attempted murder, first-degree robbery, first-degree attempted kidnapping and discharging a firearm into an occupied vehicle. Their bonds will be $180,000 each.

Central Alabama CrimeStoppers received an anonymous tip at approximately 1:10 p.m. Monday that Hall and Jones were at a Selma  Credit Union. The tip was immediately sent to the Dallas County Sheriff’s Office.  The two were not captured at the Credit Union but immediately turned themselves over to the authorities shortly after leaving the Credit Union.

Hall and  Jones committed crimes on April 7. Around 10:30 p.m. April 7, Jones drove Hall to the victim’s residence.  At the residence, Hall pulled an unknown type firearm and fired multiple times at the victim.  As members of the residence fled and searched for cover, the rounds struck the victim’s car and home.

Hall approached the victim, struck her in the head with a firearm and took her cell phone.  While the victim was attempting to escape the scene by car, Hall and Jones chased the victim in their car and fired shots.  One of the rounds did strike the victim’s trunk.

The victim ran inside a local convenience store to use the phone to call the police.  Hall entered the store and took the store phone away from the victim while she was making a call.  Hall then attempted to force the victim inside the vehicle, her and Jameria Jones occupied.

Alabama Board of Pardons and Paroles deny Selma man parole

A Selma man was denied parole by The Alabama Board of Pardons and Paroles last week. Bruce Dewayne Browder was denied... read more