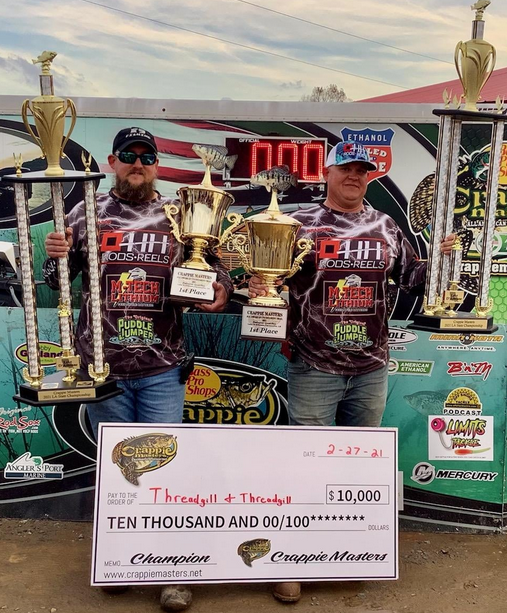 The Threadgills led from the opening day and they never looked back. Lamar Bunting and Greg London were second with 30.83.

“It was an exciting day for us,” Brandon Threadgill said.

Most of the Threadgills’ fishing in the tournament was caught casting Puddle Jumper lures and Bayou Bob hair jigs, mostly in gray colors. They were fishing flats. As the temperature warmed up, some of the big fish came up about three feet.

“We were seeing them and as soon as a bait would hit the water, the big ones took off for somewhere else,” Jason Threadgill said. “Even if you bumped your foot on the boat, they’d take off.”