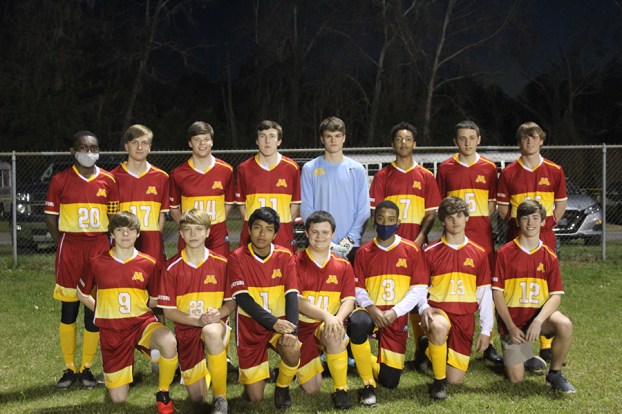 The Wildcats and Lady Wildcats won by identical scores of 5-0 at Morgan Stadium.

Both Morgan Academy squads fall to 1-3 on the season.

Springwood scored three first-half goals to grab a 3-0 halftime lead and the Wildcats never looked back.

The Wildcats scored two more goals in the second half.

Jay Minter, who coaches both soccer teams, said the Senators are using the season’s start to build chemistry.

“Dealing with adversity is part of life,” Minter said.

Greg Bergeron is an assistant coach for the Senators.

The Lady Senators played Springwood tough in the first half, trailing 1-0 at halftime.

Springwood scored four second-half goals to put the game away.

Minter praised the effort of the young, inexperienced Lady Senators.

“Two-thirds of the team are junior high, we only have one senior,:” Minter said. “We’re still learning as a team.”