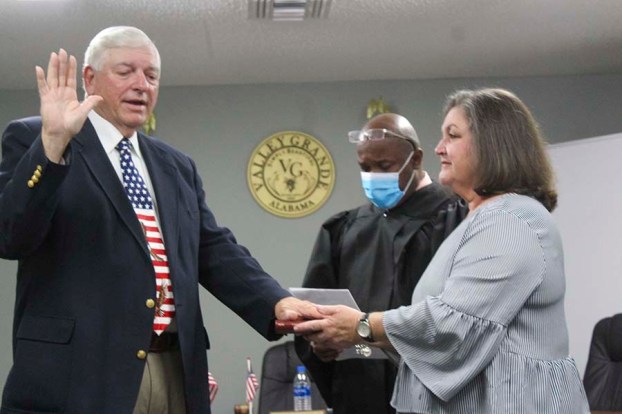 Davidson discussed the conversation she had with Will Barrett of Civil Southeast about a road grant the council applied for in November. Davidson said an announcement on the grant will come at any time. She also said that Barrett would be willing to attend a council meeting and address any concerns.

In a subject pertaining to roads, Harris said that she spoke with Joyce Sims of ALDOT about lowering the speed limit on Highway 22 because of the excessive speed coming from log trucks. Harris said that Sims told her it takes months to process a traffic count and monitor Valley Grande.

“It’s very important to get something done on this highway or somebody’s going to get killed,” Labbe said.

The council addressed the upcoming baseball and softball seasons, which are scheduled to start between the end of March and early April.

Bubba Holley of Parks and Recreation said 220 kids have signed up to play Youth Baseball and Softball leagues. Holley will have another sign up later this month because he received calls from several parents who missed the regular sign-up period.

The council unanimously approved to purchase a pitching machine to help the players improving their hitting technique. The machine will cost $1,035 and includes 24 softballs and 24 baseballs.

Labbe discussed added a couple of bathrooms and expanding the concession stand.

The council unanimously approved Resolution 2021-125 Concession Bid, which was awarded to Andrea Holley at $1,000.

Day said she spoke with Keith Chandler about repaving the walking trail sometime this month.

The U.S. Department of Justice (USDOJ) has – for the first time in history – created a new, staffed U.S.... read more