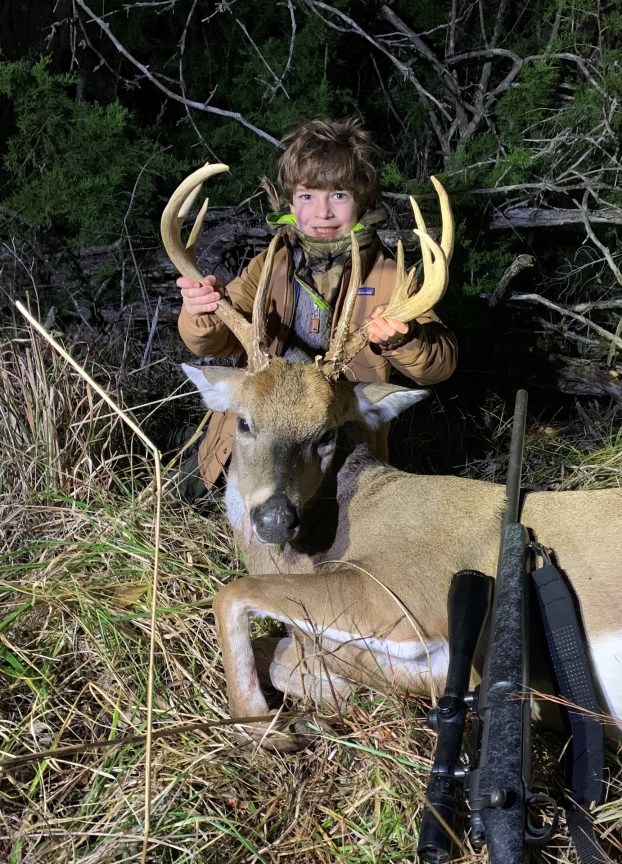 Roberts Griffin of Montgomery harvested a first place buck he shot during the Christmas holidays in December hunting with his father, Spears Griffin, in South Montgomery County. He received the most votes in the contest among almost 100 entries.

Griffin used a .22 long rifle before sunset the day after Christmas, shooting a 220-pound, 11-point buck in a tall grassy area.

“What a special moment for both of us and what a first deer,” Spears Griffin said. ‘’Our family is blessed with many memories afield and we take pride in our conservation and management practices to ensure a healthy deer population and quality experiences with family and friends.”

ALBBAA Executive Director Pam Swanner was pleased with the contest and praised the region’s deer hunting.

“It was a fantastic season for deer hunters in Alabama and across the Black Belt,” Swanner said. “This region continues to live up to its reputation of producing quality deer year in and year out, and we enjoyed entries from nearly every county in the region – many of which were first deer or family outings that will live on as lifelong memories afield.”

Hunting is a longtime family tradition in the Griffin household. As a child, Spears Griffin often went deer hunting with his father.

Griffin’s twin brother, Spears, harvested his first deer around the early part of 2021. He shot a 200-pound, 9-point buck.