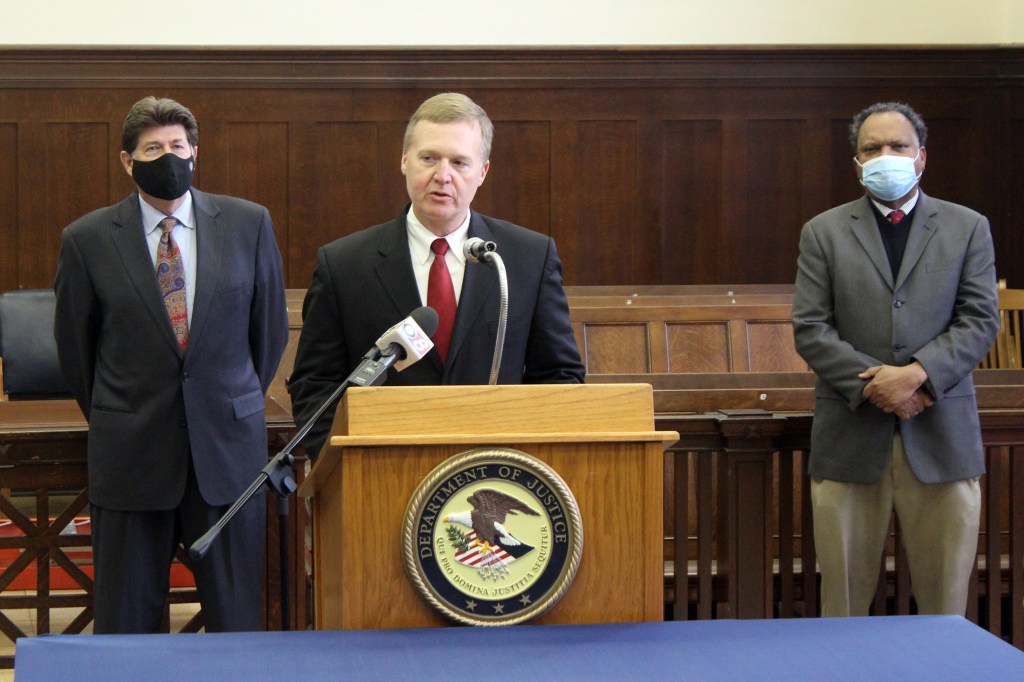 The U.S. Department of Justice (USDOJ) has – for the first time in history – created a new, staffed U.S. Attorney’s office in Selma.

The office, scheduled to open this summer on the third floor of the Federal Courthouse on Church Street, will be led by Selma’s own Andrew “Andy” Arrington, a veteran prosecutor recently sworn in as an Assistant U.S. Attorney.

Arrington has resided in Selma since 1999 when he began his prosecutorial career under then-Fourth Judicial District Attorney Ed Greene and remained on staff when Michael Jackson was elected to the office in 2004.

As Fourth Judicial Circuit Assistant District Attorney, Arrington also served as project director of the Drug Task Force until taking a position with the Alabama Attorney General’s office in 2007 until November of last year when he began his current role as an Assistant U.S. Attorney.

Arrington was officially sworn into his new role last Thursday by Chief U.S. District Judge Kristi K. DuBose in Mobile, an occasion he said was “truly an honor.”

“It’s a really big deal to have a fully-staffed office here in Selma,” he said. “Too often, the Black Belt is the last to get anything, but we want to make sure that these communities are getting the resources they deserve.”

Arrington said he aims to work with local law enforcement – including the Selma Police Department (SPD), Dallas County Sheriff’s Office (DCSO) and the District Attorney’s Office – and establish an open line of communication to provide them with the appropriate resources.

“Communication, I believe, is key,” he said.

Being not only an Assistant U.S. Attorney, but a Selma resident, Arrington said he is invested in creating a safer, thriving community by ridding the district of its most violent criminals.

“We all want to feel safe and that is my goal [as Assistant U.S. Attorney],” he said. “To create an environment where people feel safe.”