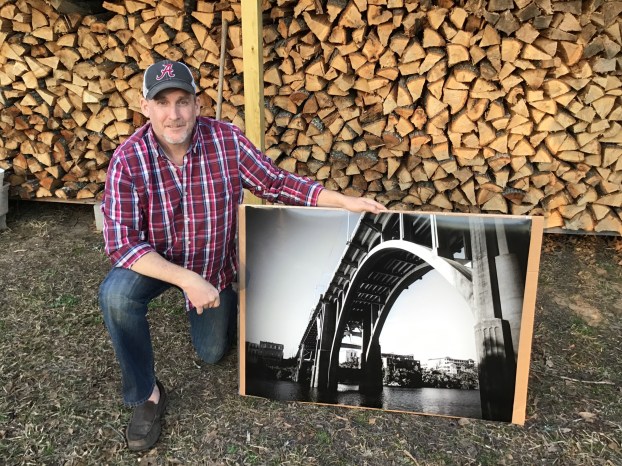 Beginning Sunday, Feb. 28, the Selma Art Guild will play host to the work of Selma native and photographer Ronald Ellis Nutt, whose local show represents his first solo outing despite being behind the lens for several years.

An opening reception for the show, entitled “Full Circle: Photography in Motion,” will kickoff Sunday at 2 p.m.

Nutt’s work will be displayed in the Art Guild’s gallery on Fridays and Saturdays through the end of March between noon and 4 p.m.

The proceeds from the exhibition will go to benefit SABRA Sanctuary.

Born in Selma, Nutt graduated from Selma High School in 1988 and went to college at Wallace Community College-Selma (WCCS) before joining the U.S. Navy and shipping off to Norfolk, Virgina in 1992.

During his two years at sea aboard the USS Haylar, Nutt saw 10 different ports-of-call across the Mediterranean, the first experience that provided him with a new perspective on the world.

Nutt would have a similar experience more than 15 years later, when he rejoined the military – this time with the U.S. Army – and was shopped off to Afghanistan. in 2018, Nutt embarked on a one-year journey from California to Selma along the historic Route 66, photographing the southwest deserts and a variety of other subjects along the way.

Arriving back in Selma in August 2019, Nutt turned his camera on his hometown and the surrounding region, taking a keen interest in old buildings, churches signs and various bits o architecture.

Nutt’s Selma exhibit will be broken into two galleries – the first will feature his photography in Selma and Dallas County, while a second gallery will chronicle his 12-month voyage across the country.

Surprisingly, Nutt’s work does not utilize a traditional camera, but relies on his “trusty, dusty pink iPad.”

Along with the Art Guild exhibit, Nutt’s work is viewable online at rnutt.artspan.com.

U.S. Attorney Richard Moore announced his retirement from federal service after more than 35 years of service in Selma on... read more