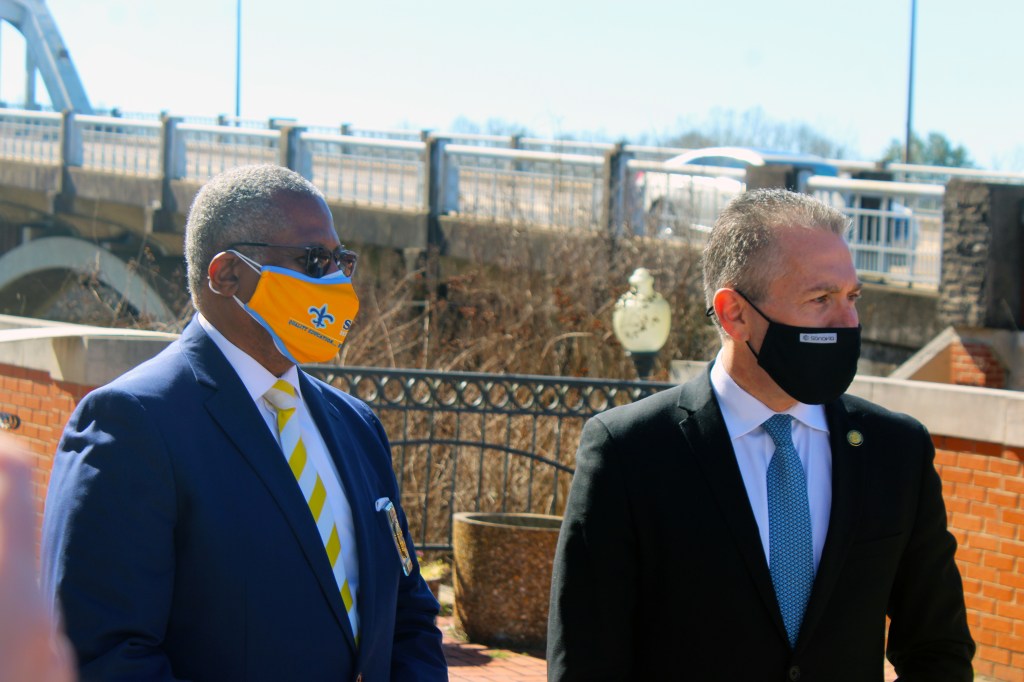 “I must say that I am thrilled, and inspired to be standing here at such an iconic site, that encapsulates the Civil Rights Movement in America,” said the Ambassador. “It was here that [Dr.] Martin Luther King [Jr.] demanded equality. The events that took place on this bridge have inspired countless people in Israel and of course everywhere around the world. They have inspired me.”

In addition to learning more about the challenges and triumphs of Black people in America, the goal of the visit for Erdan is to strengthen the ties between Israel and the African-American community.

“Over the past two days, I have gone through a personal journey. Listening and learning about the history and incredible contributions of the African American Community to this country,” he said. “In Charleston, I looked into the eyes of people whose ancestors suffered as African slaves. I felt their pain. And here, in Alabama, I’m learning about the struggle for equal rights. What I have seen has moved me profoundly and I hope it will allow me to better engage with the community and build stronger ties on behalf of the state of Israel.”

While speaking at the foot of the Edmund Pettus Bridge on Tuesday morning, Erdan drew several parallels between the struggles of African-Americans and Jews, noting how both have overcome persecution and prejudice through faith and resilience.

“After this trip, it has been made clear to me that we have so much in common, said the Ambassador. “As happened on this bridge, I truly believe that uniting Jews and Black Americans and getting to know one another better will empower the holy struggle against racism and hatred.”

City of Selma Mayor James Perkins Jr. made an appearance Tuesday to welcome Erdan to Selma and thank him for his visit.

After espousing a bit of Selma’s history as a Civil War and Civil Rights Movement landmark, Perkins presented the Ambassador with a pin and a proclamation on behalf of the Selma City Council.